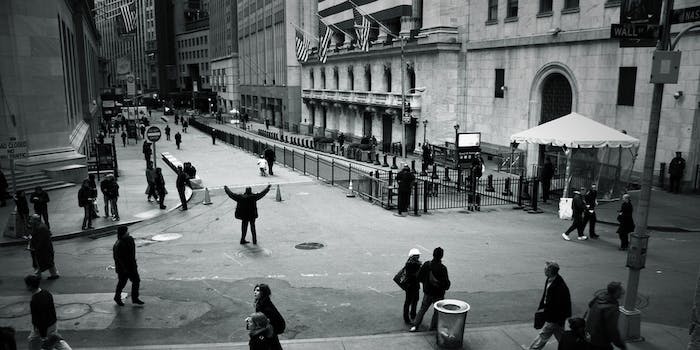 How Alibaba cheated its way into the global economy

Far from a tale of go-getter entrepreneurship, the tale of Alibaba is one of cronyism and government protectionism.

Taking advantage of a sprouting Chinese middle class, Alibaba has spent the last decade largely taking over the Chinese Internet. Imagine if Google succeeded well past its competitors at every endeavor it has attempted. Imagine if Google Shopping, Wallet, the Play Store, and even Wave were all you ever used. That is Alibaba in China. All this amounts to a $231 billion valuation from NYSE, making it more valuable than IBM, Procter & Gamble, and Coca-Cola.

To say, however, that Ma’s gargantuan success only comes from simple opportunism and bootstrapping know-how is disingenuous. What some investors who rushed to pick Alibaba stock may not know is that the company is hugely reliant on the Chinese government for continued success. The same government that brutally admonishes civil rights, enforces mass censorship, and creates inherently unfair economic playgrounds is now using Ma as a consulate to the world economy.

Jack Ma, far from being an everyman, has a “lips-to-teeth” relationship with Communist leaders in China, and it’s a relationship that has proven profitable for both ends. Because of how Ma has structured Alibaba, the tech superpower can withhold the power most investors will assume they have upon purchasing a share.

Contrary to the “one share, one vote” system of most publicly traded companies, Ma and his Board of Directors are able to hold impenetrable power over the company while actually holding very few shares. They are taking on all the responsibility but distributing the risk to the average investors on the trading floor.

This is not just dangerous to U.S. investors; it sets a precedent that, for most American companies, would be entirely unacceptable. Who does control Alibaba outside of Ma himself is a far more complex question.

Through a dense thicket of shell companies, Caribbean tax havens, and Alibaba’s opaque management system, Communist Party leaders regularly are given favor by Ma in a way that can prove dangerous to U.S. investors and companies.

Back in July, the New York Times reported on how Alibaba’s IPO “could be a bonanza” for members of the Politburo Standing Committee, one of the centers of power in the Chinese government. In short, four Chinese firms—all headed by sons or grandsons of members of the PSC—were selectively sold Alibaba shares so the company could buy back part of what it sold to Yahoo.

This is the perfect example of how Alibaba is structured: to take advantage of a lack of law enforcement within Chinese commerce to the detriment of a U.S. firm. Yahoo’s relationship with Alibaba has always been at least somewhat rocky; After Yahoo sold off its 25 percent stake in the company for the sake of Alibaba’s IPO, their shares sank once its former Alibaba share was worth more than Yahoo itself.

That trap Yahoo now finds itself in is a real danger for U.S. investors. Alibaba exists to serve China first. Despite stated dreams of expanding its services across the developing world, Alibaba is—for the foreseeable future—a Chinese endeavor to benefit Chinese investors. Because Alibaba is specifically organized to give foreign investors as little power as possible, Ma can happily continue profiting off Communist connections with no input from the same American stockholders that just made him the richest man in China.

It’s interesting here to note how Chinese economic policy as a whole often seems structured around giving an advantage to Chinese firms like Alibaba. China typically disallows any foreign investment in Chinese companies, for example, but is blatantly ignoring the policy in light of Alibaba’s massive NYSE valuation.

In fact, despite Alibaba’s 80 percent share of all online purchases within the country, China’s notorious antitrust courts have decidedly turned a blind eye. When American companies like Microsoft attempt to take advantage of China’s growing economy, however, Chinese officials readily bring down the hammer-and-sickle to prevent such non-Chinese competition from succeeding.

Alibaba has other problems than its ties to a cheating Politburo, namely its difficulty in preventing scams to prevent scams and fraud on either its main seller-to-buyer site or Alipay, its Paypal copycat. But its reliance on the Chinese government not simply for special treatment but for special defense in the case of the country’s own laws and foreign competitors is the most dangerous weakness a major IPO has sported in years.

It’s interesting to note Alibaba emerged in 1999, right before the dot-com bubble erupted the entire American economy. What caused that bubble was massive valuations for companies few investors understood, expressing an almost serene willful ignorance as long as short-term gains could be met.

As talk of another tech bubble rises to the surface, the last thing American investors should be doing is hedging themselves against a company so reliant upon the special interests of corrupt Chinese officials. Alibaba is a three-legged table, held up largely by the dubious idea that China’s middle class will continue to grow; Chinese officials will continue to favor Jack Ma, and international law won’t challenge such neat and clean investments. Investors should take note that it only takes one leg to crack before the whole table comes crashing down.