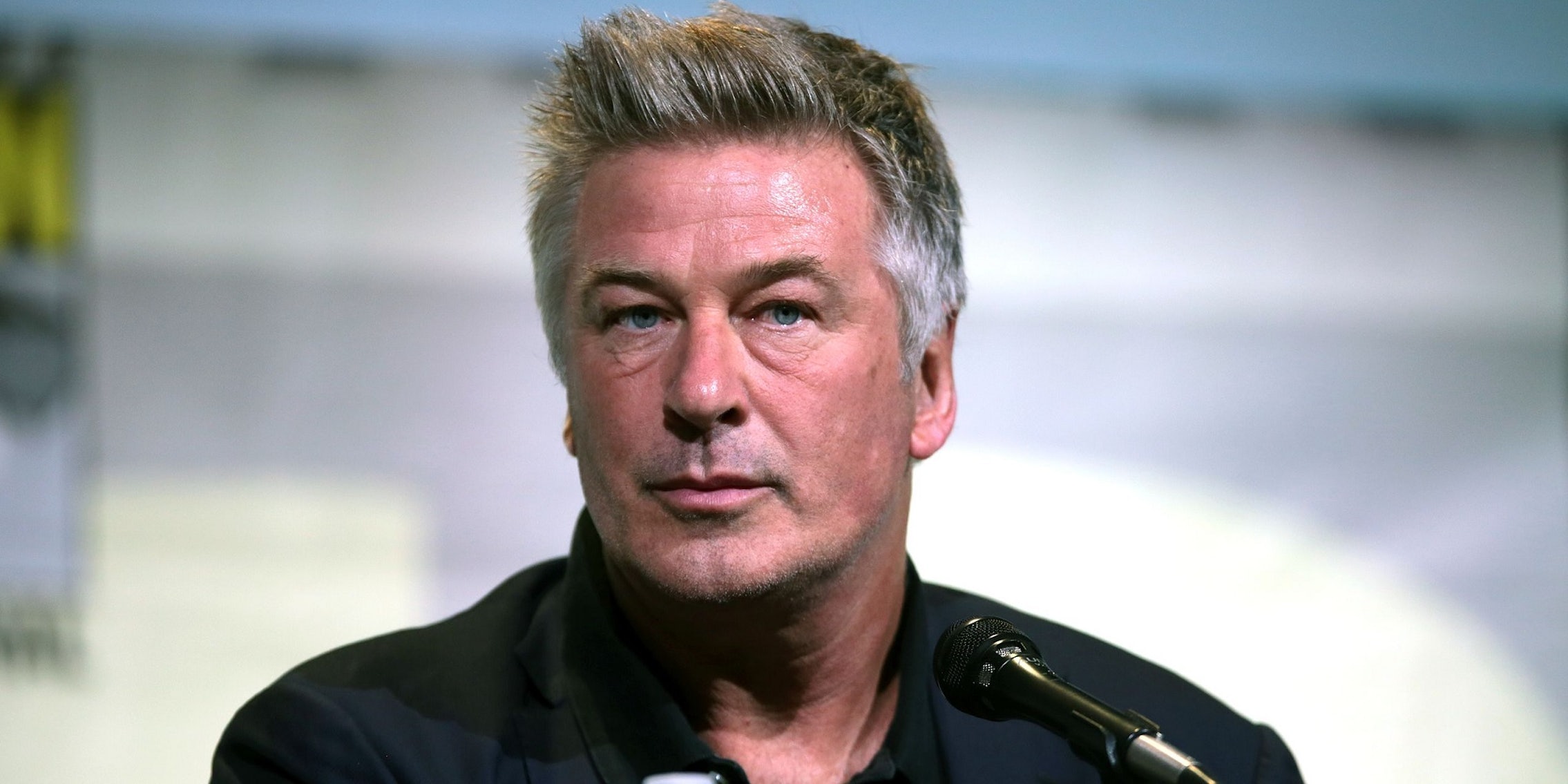 The accident reportedly involved a prop gun, resulting in one death and one injury on set.

Update: Oct. 22, 11am CT: In a statement posted to Twitter, Alec Baldwin said, “There are no words to convey my shock and sadness regarding the tragic accident that took the life of Halyna Hutchins, a wife, mother and deeply admired colleague of ours.” He added that he is working with the police “to address how this tragedy occurred.”

Cinematographer Halyna Hutchins reportedly died following a shocking accident on the movie Rust, where actor Alec Baldwin reportedly discharged a prop gun on set. The accident took place while filming on location in New Mexico, and director Joel Souza was also reportedly injured during the shooting. He was taken to hospital on Thursday afternoon, and his current condition is unclear.

According to a statement from the Santa Fe Sheriff’s Office, the accident occurred while filming or rehearsing a scene. No charges have been filed, and the Sheriff’s Office is now investigating the circumstances of Hutchins’ death and Souza’s injury. A spokesperson from the film told the Hollywood Reporter that the accident involved a misfiring prop gun loaded with blanks.

Both inside and outside the film industry, many people are wondering how such an accident could possibly take place. First of all, the term “prop gun” can refer to anything from a plastic toy to a real weapon being used as a prop. Blanks are typically a wad of paper or cotton fired out of a real gun, and while they’re harmless at a distance, they can do real damage at close range. In 1984, a TV actor died after shooting himself in the head with a blank. Accordingly, this type of prop gun requires extensive safety measures when used on set, such as the presence of a professional armorer and a safety officer. Some filmmakers choose to use real firearms out of a desire for authenticity, while others use artificial props, adding sound effects and muzzle flash in post-production.

Thursday’s accident also brings to mind the death of actor Brandon Lee, who was shot in the abdomen while filming The Crow. In that instance, a prop gun was meant to be loaded with blanks but contained part of a dummy cartridge that was possibly used while filming a close-up.

Baldwin hasn’t commented on the accident yet, but the film’s production company, Rust Movie Productions LLC, shared a statement saying, “The entire cast and crew has been absolutely devastated by today’s tragedy, and we send our deepest condolences to Halyna’s family and loved ones.” Filming has been halted for “an undetermined period of time” while the production team cooperates with law enforcement, and everyone present at the accident will be offered counseling.

This tragedy arrives at a time when the film industry is already alight with controversy about dangerous working conditions. The film workers’ union IATSE recently threatened a historic strike, protesting dangerously long hours and widespread reports of abusive workplaces and on-set injuries. One of Hutchins’ final social media posts was a photo from the Rust set where crew members stood in solidarity with IATSE, and her death raises serious questions about the safety regulations for prop weapons used on set.

Two days before the accident, camera operator Lane Luper commented on one of Alec Baldwin’s Facebook posts to complain about poor working conditions on the movie Rust. Baldwin’s original post was a video message supporting the IATSE protests, and Luper commented, “I am literally on the show in New Mexico with him and the producers on that movie are treating the local crew like fucking dog shit.”

In later replies, Luper wrote that the film’s crew were overworked, underpaid, and exhausted, adding that one of his coworkers had to sleep in his car. Highlighting the long hours and lack of time for adequate sleep, Luper accused the production company of “arguing they don’t have to do anything because contract minimums don’t force them to.” This echoes precisely the type of complaints highlighted by the IATSE protests across the movie industry.