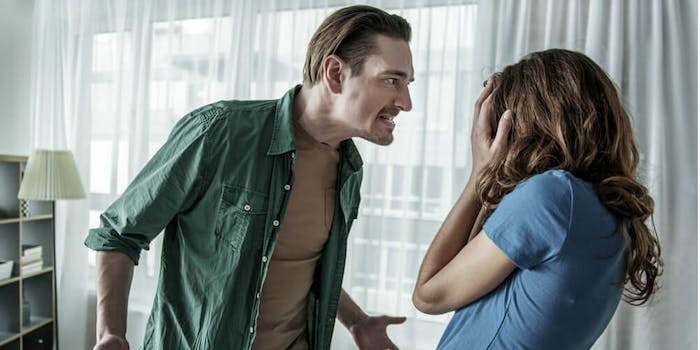 'AITA for 'aggressively' coming out as a lesbian to my Dad’s friends at a Christmas party?'

One redditor amazingly turned a homophobic holiday party into her very own coming out party.

A redditor by the username aggressivebitch wrote in the Am I the Asshole subreddit that her parents invited their friends over to a Christmas party at their home. She hates her dad’s friends and one man in particular. She says he is a “super uber” Christian and a “raging homophobe.”

To back up her claims, she lists some of the homophobic statements he has made.

“He literally talks about gay people dying and burning in hell gleefully,” she wrote. “I have expressed to both my parents how much I HATE this guy and his homophobe wife, but they continue to invite these people to our house and force me to interact with them.”

After being forced to play nicely with her father’s homophobic friends for far too long, she finally snapped and came out “aggressively” at the party.

While her parents have known for years that she is a lesbian, her parent’s friends do not.

She says the man, who she refers to as carpenter, started chatting with her. She recalled telling him she was going on a holiday vacation to Cape Town, to which he replied, “Oh, God hasn’t burned that place down or thrown it into the ocean yet?”

This led her to clap back with, “Guess I didn’t notice, I was too busy having sex with other girls!”

She recalled that other party-goers apparently heard her because they all turned to look.

She said her dad went into damage control mode and chalked up her behavior to “teens being teens” and “saying the darndest things.” Both the man and his wife left the party because of the “disrespect” they said they faced.

She then asked fellow reddditors if she was the asshole because both of her parents are now “super mad” at her.

AITA for “aggressively” coming out as a lesbian to my Dad’s friends at a Christmas party? from AmItheAsshole

People seemed to agree that there were four assholes in this story, and she wasn’t one of them.

“And somehow, despite the carpenter being openly vile, the parents are the bigger villains in this story,” Twitter user @expelliarmoire wrote.

And somehow, despite the carpenter being openly vile, the parents are the bigger villains in this story.

NTA. You have given your parents enough warning that these people are garbage. Sometimes your parents friends don’t deserve respect. This seems like an obvious case.

Imagine being friends with someone who supports killing your kid

Another redditor pointed out that the parents and both the homophobes are assholes.

“If someone would say things like my child would burn in hell and should be killed, I would never even consider speaking one word with them, even if they dont know OP is gay,” they added.

Forcing your queer child to interact w ppl like this, let alone expecting them to "play nice" and getting mad when they defend themselves, is abuse, full stop.

And OP is awesome