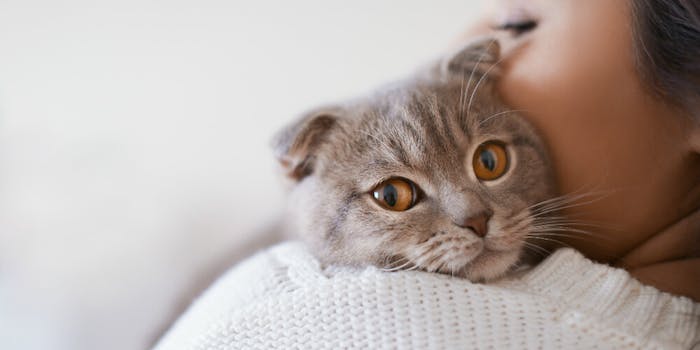 She took the cat and left him, per Reddit's advice.

The “Am I the Asshole” subreddit is claiming victory after a redditor heeded its advice by taking her cat and leaving a seemingly abusive relationship.

The couple had been together for four years, according to the redditor. They recently became co-parents of a cat named Tiger.

“I noticed when Tiger came home my partner wasn’t as keen on him as I was. He saw petting him as a chore. He then told me he was ‘maybe just a dog person,'” she wrote.

She wrote that her partner then began “doing a ‘voice'” for Tiger.

“This ‘voice’ was a high pitched but rough voice that would say horribly rude things. At first I thought it was funny,” she wrote. “I’d be petting Tiger and my partner would say in ‘Tiger’s’ voice ‘f*k you mom!’ This got old really, really fast.”

Her partner did this every time she interacted with Tiger, and she noticed the crude comments were escalating.

“‘Tiger’ would tell me to ‘suck my little cat dick’ and ‘I’ll shit on your face.’ I wouldn’t even laugh anymore and he just kept doing it. A few weeks in I told him I really didn’t find this funny. I only laughed the few times in the beginning because it was a shock, not that I find it funny that he’s pretending our cat is a fucking bastard,” she wrote.

She said he was “hurt” by her reaction, compared her to his ex-girlfriend, and said that she was taking away “a fun part of cat ownership” from him.

She then asked him to stop impersonating the cat so much, so he cut down to once a day–but the cutback only lasted for so long.

“It just came back more and viler than ever. Tiger would just walk into the living room, and without me even looking at him, ‘Tiger’ would say ‘where’s my f*king dinner you (N-words)?’ (He didn’t say ‘N-word,’ he said THE word. Neither of us are black, not even Tiger!)” she wrote.

She said she even “broke down crying” because he wouldn’t stop; the Tiger impersonations lasted for five months.

It got to the point where “he now cannot detach the ‘persona’ he has given our cat from our actual cat and has grown to resent Tiger.”

Upon hearing that, the redditor “absolutely lost it” and said that the problem was him and not Tiger, who is a loving, friendly, and affectionate cat.

“My partner then broke into tears, says I care about Tiger’s feelings in this before his. He says the ‘persona’ stuff is not that big of a deal, its just his sense of humour, and I’ve made him feel bad about it,” she wrote.

He then asked her to sleep on the sofa.

AITA for telling my partner to stop impersonating our cat? from AmItheAsshole

“So, am I the asshole for having a problem with this sense of humour?” she asked fellow redditors.

Redditors assured her that not only was she not the asshole in this situation, but it also seemed as if she was being abused.

“NTA. Your BF is verbally abusing you using the cat as his sound piece. He’s not going to stop, he’s made that clear. He’s probably going to get worse. Take the cat and go somewhere else for a few days and he can decide if being a prick is worth losing you,” one wrote in response.

Her comments worried redditors even more. She later admitted to cutting ties with a friend at his behest, and he told her that “it’s normal for people to stop hanging out with friends when they get a partner.”

Then she tried to assure them that she was not in any physical danger by giving them an example of a time that he wouldn’t stop play wrestling with her until she “kicked him hard between his legs.”

“I am a tomboy and liked play fighting. He knew I had hangups about being pinned down and touched in certain areas due to abuse so he pretty much forced me to get over that. Now I am not as touchy in those areas,” she wrote.

Her posts seemed to have the reverse effect on redditors.

One called her comments the “scariest” part about her post.

“You had to kick him between the legs to get him to listen to your request that he stop doing something to you. That is not normal!!! He was already testing your boundaries when it comes to physical abuse this early on,” another wrote.

Thankfully, she listened to their advice and is leaving him–and taking Tiger with her.