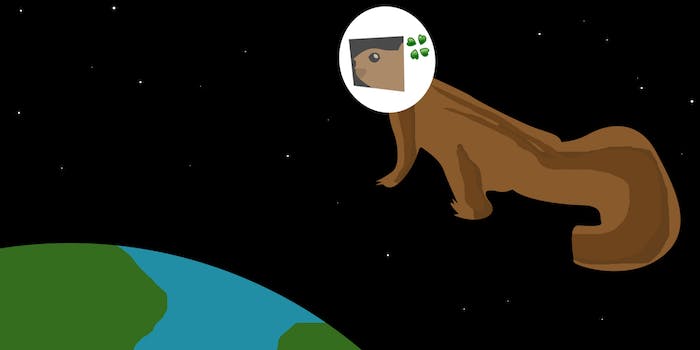 Who foiled 4chan’s plot to launch squirrels into space?

When America's brightest engineers wanted to shoot an animal into the sky, they strapped it to rockets. 4chan had a different plan.

When America’s brightest engineers wanted to shoot a monkey into space, they strapped the furball to rockets.

When a 4chan user wanted to do the same with a pack of baby squirrels, he thought some cheap helium balloons would suffice. 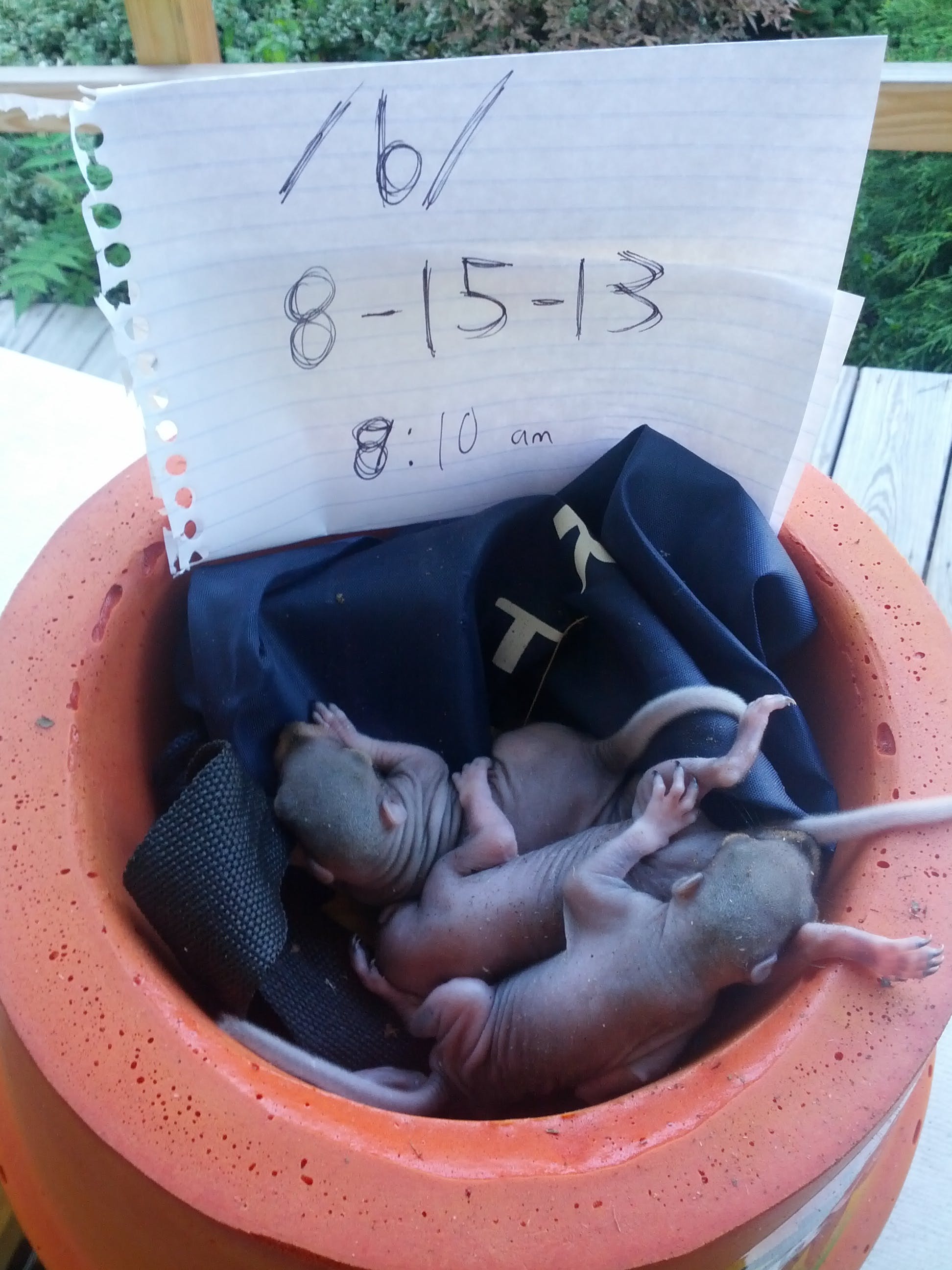 “21 decides what I do with these 3 baby squirrels i just found,” wrote one user (we’ll refer to him as “spaceanon”) on 4chan’s random imageboard, /b/.

The thread quickly exploded in popularity, with dozens of users making hilarious suggestions as to what he should do with the squirrels:

Keep them, raise them, train them to come to you on command. Freak your friends out when you summon your squirrel minions.

>Select one to be chosen one
>raise them all, but the chosen one with extra privileges
>treat it like a fucking king
>when they are matured release them together
>see if they form a monarchical society

Raise them as your own. When they come of age, withdraw all your money and attach it to them and set them free into the wild

Then one user posted the following collage of images from a 2011 thread showing a user tying a frog to balloon in order to send it into space. Click to expand:

That was the suggestion spaceanon had been waiting for. He quickly started rounding up the squirrels and taped them together before stepping away to go and purchase some balloons: 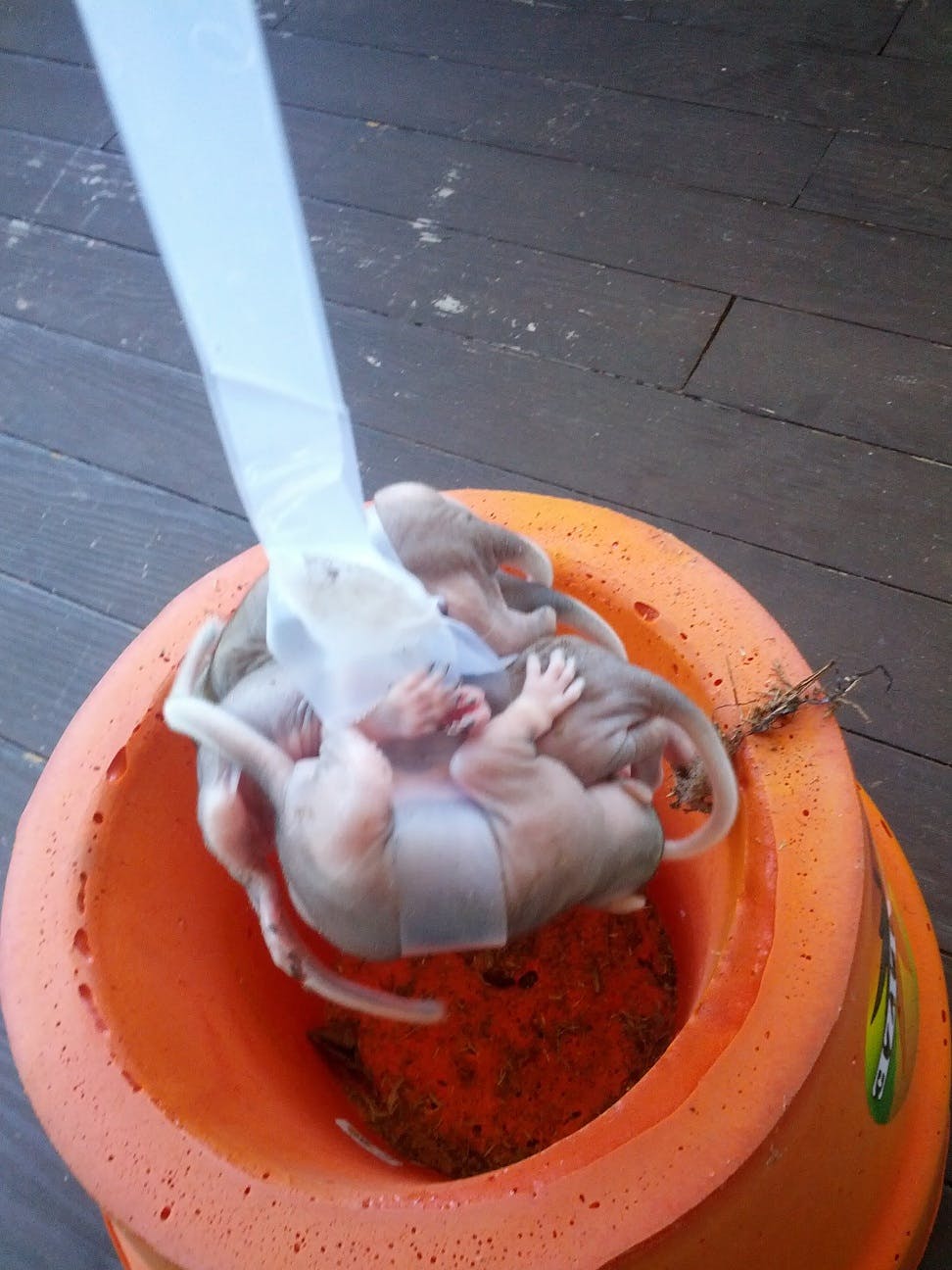 “store opens at 9:30. its 8:36,” spaceanon wrote. “I will be there waiting for the doors to open. I should be back home around 9:45 and pictures should be up at 10am EST. ill timestamp the baloons and them tied up… but not flight. kinda hard to get a piece of paper up.”

By the time spaceanon returned, /b/ was teeming with excitement. A new thread was started on /b/ to follow spaceanon. In it, spaceanon announced that he was going to tie the squirrels to the balloon live on video via Tinychat. More than 120 /b/ users packed into a chatroom, waiting for spaceanon to deliver, while /b/ began turning on him.

“[T]hey are fucked, there obviously to young to survive without there mother,” one anonymous user wrote. “Animal abuse is one of the most pathetic things a person can do. Get yourself some karma points and be a man rather than a fuckwit kid and do the right thing.”

“I am the one that reported the Tinychat to Tinychat moderators,” another user added. “I do not condone animal abuse. Stop it.”

Shortly after these messages were posted, spaceanon announced that he had failed.

Im all depressed now. and i keep going outside every 5 minutes in hopes that this little ball of taped up squirrels will somehow make itself back to my porch. … I honestly thought the mail man took them at first. i was extremely confused. I still am. but my dog has no blood on him anywhere. so my only guess is the mother squirrel somehow dragged them away.

Maybe spaceanon was trolling /b/ all along. Considering /b/’s long history of tomfoolery, well, that’s not out of the question.

Over the past year, /b/ has been responsible for gaming TIME magazine’s Person of the Year poll to have North Korea’s Kim Jong-un win, getting the hashtag #cutforbieber trending on Twitter, and raiding the Facebook remembrance page of a dead teenager with horrible messages. The community has also hijacked a Mountain Dew contest to name a new flavor, getting suggestions like “Gushing Granny,” “Fapple,” and “Hitler did nothing wrong” to the top.

Regardless of whether spaceanon was sincere in his mission, /b/ was genuinely disappointed. “[I]’m so fucking pissed off that I spent 2 and a half hours waiting for this,” one user wrote.

The following is a visual breakdown of the entire squirrel episode (click to expand). We got PDFs of the two separate threads, which you can check out here and here.