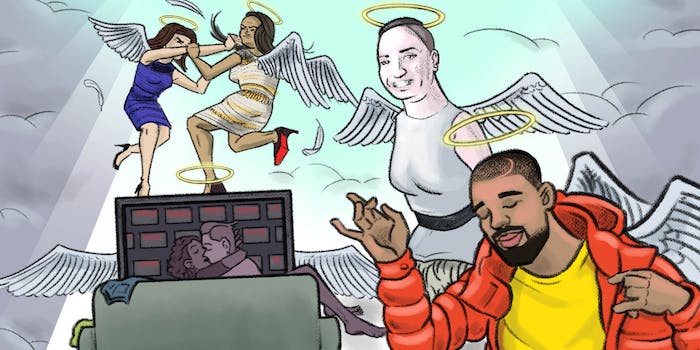 In Meme-oriam 2015: A tribute to the memes we lost this year

Thank god the year's finally over.

Memes may come and go, but our retweets and reblogs are forever.

These concepts crawl from obscure corners of the Web or come out of a big cultural event. But the biggest memes have a rise so meteoric that self-destruction is the only and ultimate fate. While they may still exist for years, the frenzy leaves them shells of once they once were. And the denizens of the Internet move on to the next viral topic.

2015 saw many of these memes rise to the highest peaks of relevance and plunge back into the Internet wasteland. This is their meme-oriam. Light your candles and cue Sarah McLachlan “I Will Remember You.”

Countless ears have heard Silento’s “Watch Me” thanks to the dance move. And a lot of people looked super fly executing the whip, raising their knee and pretending to turn a steering wheel. But with that being said, many people also looked completely ridiculous attempting the move and should have been stopped before posting their routines to the Internet. Alas, they were not, and they are the ones who dug the whip’s grave. With Hillary Clinton getting in on the action, there was no hope it could be resurrected.

The Dress had the shortest life cycle out of any major meme this year—even shorter than that of a housefly. People practically rioted as team black-and-blue dueled with team white-and-gold, and others totally flipped out once they could see the garment change colors in front of their eyes. The Dress phenomenon was gargantuan within 48  hours, amassing over 400,000 notes on Tumblr. BuzzFeed’s poll of what color the dress was had more than 1.8 million votes within 10 hours. The madness was intoxicating, with people screaming on Twitter and posting on Facebook, demanding explanations. Soon the exposés and thoughtpieces came, sealing the viral garment’s fate—now it is no more than a blip on our meme timeline.

Why do we care about the colour of #thedress? Bevil Conway https://t.co/DzDCPOqb2b pic.twitter.com/Siv3KnxBpl

Those who have been invited to go over to somebody’s house to “Netflix and Chill” already knew what the phrase implied before it had to be explained to the general public as a euphemism for hooking up. The meme experienced an eruption of popularity at the end of the summer, with moms eventually freaking out over coded phrase’s true meaning. News of a “Netflix and Chill Festival” proved to be a mass-marketing stunt exploiting a college-aged demographic, which hammered the last nail into the meme’s coffin long before it was carried away to emblazon condom packages and serve as lazy people’s Halloween costumes.

There’s no arguing that “Hotline Bling” is an artistic masterpiece, but with all of the Drake mashups and everyone raving about Aubrey’s relatable-yet-sexy-yet-dorky dance moves, it was honestly just too much. Besides, the most important work Drake did all year was in his Degrassi reunions.

It was fun while it lasted. And the original video, with a youth asking a cop “WHAT ARE THOOOOSE!?!” really was a world-class piece of content. And as the meme began circling the drain, there were plenty of other Vines that put new spin on the question thrown at a person’s footwear choice. What Are Those is a meme that went out with dignity, simply arriving at its demise due to the natural course of most jokes on the Internet.

Poor, poor Poot. She really should have just stayed in the basement—she hardly had a chance in this brutal world. Demi Lovato found herself in the weird Internet spotlight several times this year (the mug situation, when she flicked a fan in the vajayjay), but none captivated people’s attention like a picture of her from an unflattering angle. Tumblr dubbed her Poot, Lovato’s twin sister—who had been hidden away her whole life. The Poot remixes came and they conquered, with everything from Harry Pooter to Vladamir Pootin. Lovato didn’t seem too thrilled about her “twin sister” also becoming famous, but it was not the singer’s disapproval that finally banished Poot back to the basement. Any roast is susceptible to overcooking, which happened with Poot. She was no longer our it girl.