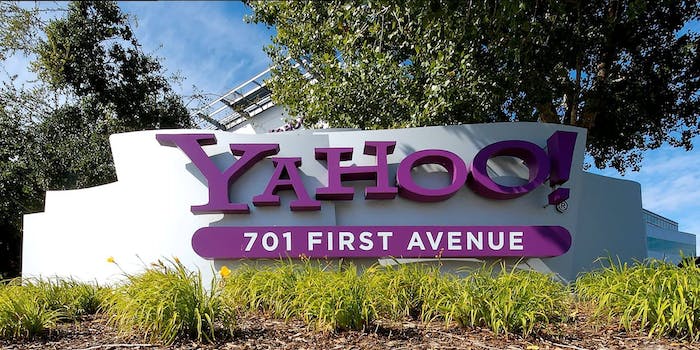 Yahoo is shuttering Yahoo Groups. Fandom will never be the same

Since the early 2000s, Yahoo Groups were a central hub.

Yahoo is shutting down Yahoo Groups, a massive web of email lists and discussion forums that originally launched in 2001. Now viewed as a relic of a bygone era, it’s one of those shutdowns that prompts people to ask, “Hey, does anyone even use that any more?” But as always, the answer is yes. Plenty of people still use Yahoo Groups, and many more have personal and important content archived on the platform. Content that may soon be lost forever.

Announced quietly on a page titled “Understand what’s changing in Yahoo Groups,” the shutdown begins on Oct. 28. After that, users won’t be able to upload any new content. Then on Dec. 14, virtually everything stored on Yahoo Groups (files, photos, links, polls, conversations, etc.) will be erased, although you’ll still be able to join and email groups—all of which will now be private. Basically you have two months to trawl through your old Yahoo Groups posts and save the important stuff—but only if you know this shutdown is happening in the first place. Yahoo’s help page includes links to where you can download your data directly from your account.

The death of Yahoo Groups is a particular blow to text-based fan communities, which thrived on the platform in the 2000s. Yahoo message boards and email lists were crucial to the early days of fandom, both as a publishing platform and as a semi-private meeting place in the days before social media sites like Tumblr, Twitter, and Reddit. Yahoo Groups were particularly integral to Harry Potter and English-language anime fandoms, overlapping with the rise of Livejournal in the early 2000s. These fannish mailing lists were home to reams of fanfiction and in-depth commentary on pop culture, and spawned lifelong friendships (and, OK, the occasional deathly feud) within their communities.

The history of internet culture is a history of lost and destroyed information, as privately owned platforms delete their content or shut down completely. Fan communities are often at the forefront of these shutdowns, either because they’re early adopters or because fanmade content suffers under censorship. Back in 2011 when Yahoo sold the bookmarking site Delicious, the new owners alienated its fandom userbase overnight by making drastic changes that eventually tanked the whole site. People left LiveJournal in droves after its new owners cracked down on queer and adult-rated content (among other issues.) The same thing happened this year with adult content on Tumblr. Fifteen or 20 years ago, smaller fanfic sites frequently shut down due to copyright claims or the logistical difficulty of fans running a website in their spare time. But Yahoo Groups stayed strong throughout.

This is, of course, where Archive of our Own comes in. This cyclical history of archival failures is what inspired the Organization for Transformative Works to launch AO3 in 2008, and since then it’s become the central hub for English-language fanfics. It also acts as a fandom-only version of the Internet Archive, rescuing old fanmade content from deletion with its Open Doors project. Moderators of fannish Yahoo Groups can contact Open Doors for help, and it looks like there are already some fandom efforts mobilizing to save Yahoo Groups content—along with, of course, the Internet Archive itself. But the end of Yahoo Groups is still on its way, with less than two weeks to go before users are blocked from posting any new material on the site.