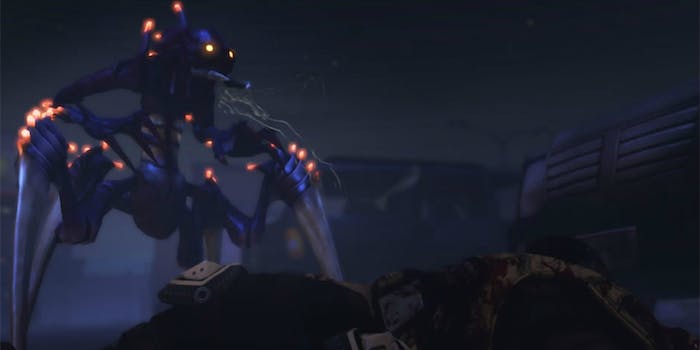 Human soldiers fighting the war against aliens in XCOM: Enemy Unknown routinely get slaughtered. Now there’s a mod for the PC version to make the conflict even better—or worse, depending on how you look at it.

Released earlier this year, the Long War mod transforms XCOM from a series of skirmishes into a total war that engulfs the planet. The newest patch for the mod, Beta 14, was released today and adds extra stability and an increased number of options for this brutal, expanded version of the original game.

Vanilla XCOM: Enemy Unknown—what you get when you open the box—is an unforgivingly difficult turn-based tactical game where you fight off an alien invasion. It’s wrapped inside a long-term, strategic meta-game about researching new technologies and fighting off alien spacecraft in the skies above Earth.

The Long War mod makes the vanilla version look like a training exercise by greatly increasing the length of the XCOM campaign, and offering many more choices to negotiate. Individual missions can have 12 soldiers instead of six. There are new soldier classes for added tactical flexibility, and new perks and lines of research to bolster their strength.

Humans aren’t the only ones conducting research in Long War.The aliens have their own meta-game, seizing territory and seeking to advance scientific knowledge that can be turned against humanity. Intercepting alien spacecraft moves from a simple affair involving just a few enemy ship types and human fighter designs to almost a separate tactical game with named pilots who gain experience.

The best and worst part of Long War is that soldiers require rest after each mission, and the difficulty of each mission is ramped up from the vanilla version. Long War requires a much deeper list of soldiers to call upon, and thus many more opportunities to get attached to your soldiers as they rise through the ranks and gain the potent abilities that can turn the tide during a firefight.

That’s the most painful and enjoyable part of XCOM: Enemy Unknown—the feeling of ownership and care for the soldiers carrying out the conflict. For some, the constant grief of losing prized soldiers in Long War is too much to bear. For others, winning out in the face of a such a slugfest is worth all the extra time and effort.

In either case, Long War takes XCOM, a game that was on almost everyone’s shortlist for 2012 Game of the Year awards and keeps it fresh. Development for the Long War mod is carried out by volunteer coders and funded by donations.