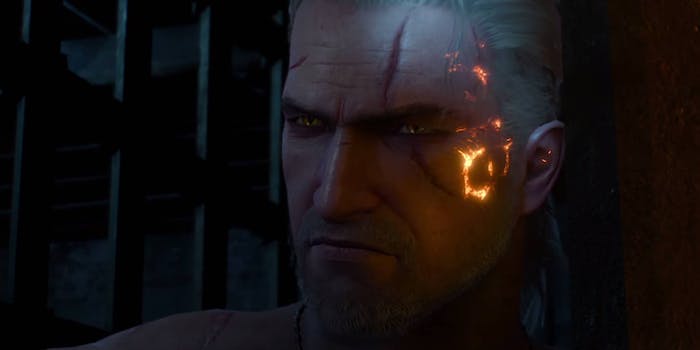 The Witcher 3 caught our imaginations earlier this year with its strong characters, lush world, and massive scope. Even after 80 hours of gameplay, some gamers still wanted more.

Lucky for them, CD Projekt Red is about to extend their stay with Geralt, Triss, and the crew, with the release of the new trailer for the Hearts of Stone expansion.

Don’t worry, if you’re a Gwent fanatic who already purchased the expansion pass—you can still purchase the decks separately.

Hearts of Stone is the first expansion pack with another one dropping in 2016 titled Blood and Wine. Game director Konrad Tomaszkiewicz confirmed earlier this year that these two expansions will rival the size of The Witcher 2 in playtime. Both expansions can be purchased in a pack for $24.99. Release will be Oct. 13.