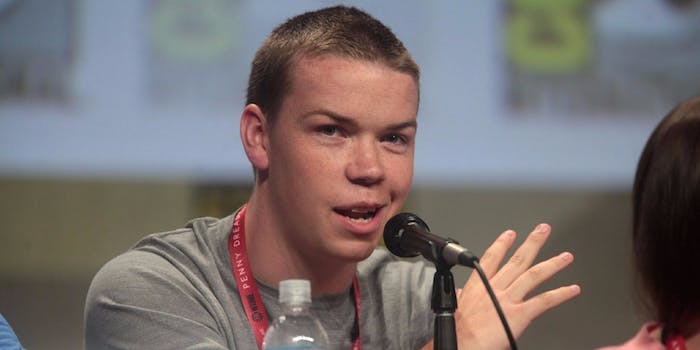 Will Poulter dresses up as Sid from ‘Toy Story’ for Halloween, and it’s perfect

He also has a really good message.

Actor Will Poulter has had a pretty good start to his career, with roles in The Maze Runner, The Revenant, and Detroit.

But there’s a distinct, undeniable truth that’s been following him around for years, and it has nothing to do with his acting: He bears a striking physical resemblance to Sid Phillips, the villainous child antagonist of the first Toy Story movie. And this Halloween, rather than fight that image, Poulter clearly decided to lean into it.

He posted a photo on Twitter of himself dressed up as Sid for Halloween on Saturday, alongside an appropriately timed statement about his anti-bullying work. Poulter is an ambassador for Anti-Bullying Pro, an organization dedicated to fighting bullying in various settings, including in schools. Since Sid is the arch-bully of the Toy Story franchise, he couldn’t have found a more relevant costume.

It’s an especially good choice because it looks instantly recognizable for anyone who’s seen the movie but also doesn’t look like it took too much work to put together. All he had to do was slap a white skull on a black t-shirt, get a Woody doll in one hand, and procure a magnifying glass in the other. In short, Poulter killed three birds with one stone―he raised awareness for his cause, put together an awesome costume, and showed off a good sense of humor by poking fun at himself.

Not a bad trio of successes, as Halloween costumes go.