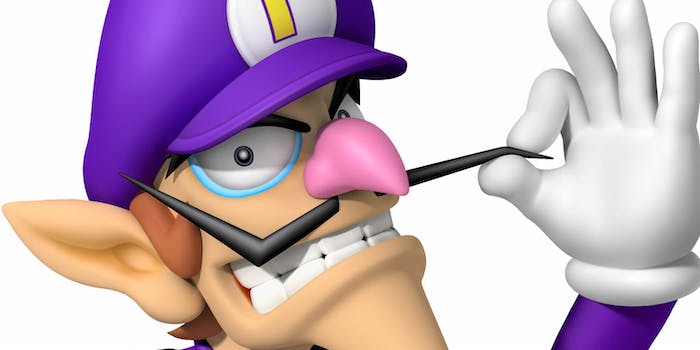 The internet goes ‘Wah!’ over Waluigi’s exclusion from the Smash Bros. roster

Fans ask 'Wah' is the matter with adding another character.

Nintendo did Smash Bros. fans a solid at E3 this year by debuting 25 minutes worth of new footage from Super Smash Bros. Ultimate. There wasn’t a dry eye on the internet, as Nintendo confirmed that all 64 characters from Smash Bros. history would be returning as playable characters. To top things off, Nintendo announced that the Inkling kids from Splatoon 2 and space pirate/dragon Ridley from Metroid would be joining the roster. That didn’t stop a huge contingent of Nintendo fans from airing their grievances that their favorite character, Waluigi, was once again left as nothing more than an assist trophy. In response, fans have started a darkly hilarious hashtag campaign called “#WaluigiForSmash.”

Assist trophies, for those not versed in Smash Bros. lingo, are items that can be used mid-match that spawn one of dozens of random Nintendo characters (like Chain Chomps, Nintendogs, or Skull Kid, to name but a few) that use a special ability to help you in combat.

So what did the internet have to say?

#WaluigiforSmash please don't leave him like this @NintendoAmerica we need our boy waluigi in this game! pic.twitter.com/RYtAuF4xWo

Considering Nintendo’s key phrase during the game’s announcement was “Everybody is here,” perhaps Waluigi fans have got a point.

The uproar has gotten so pronounced that even the Washington Post has jumped into the fray with its own opinion article stating that Waluigi got “robbed.” Truly, democracy dies in darkness.

Waluigi, like so many pop culture characters before him, has become more defined by the memes of him than his actual appearances in video games. With his gaunt frame, mischievous yet open-ended personality, and anti-hero status, he’s become perfect fodder for meme-makers all over the globe.

It’s not impossible for Nintendo to add Waluigi later as a DLC character. After fans asked for Final Fantasy VII’s Cloud to be added, Nintendo finally obliged and added him in December of 2015. For now, though, it looks like the “wahs” of fans will go unanswered at least until the game has released on December 7 on the Nintendo Switch and had some time to breathe.