You can be in Mass Effect Andromeda—here’s how

Download the script, upload your audition, and hope for greatness.

If you’ve ever wanted to star in a video game but would settle for a minor supporting role, BioWare has a contest just for you.

Mass Effect Andromeda is one of the most anticipated games on the immediate horizon. The first three Mass Effect games were some of the most popular role-playing games in recent history, and they inspired a fiercely devoted fan base. Now Mass Effect developer BioWare is giving those fans a chance to earn a voice role in Andromeda.

First, download copies of the two scripts on the official contest page on the BioWare website. The scripts include voice direction that you’ll need to follow to be a serious contender.

You have two roles to choose from: a documentary filmmaker named Jordan Tate,and an extra that’s simply called Tough Mercenary. 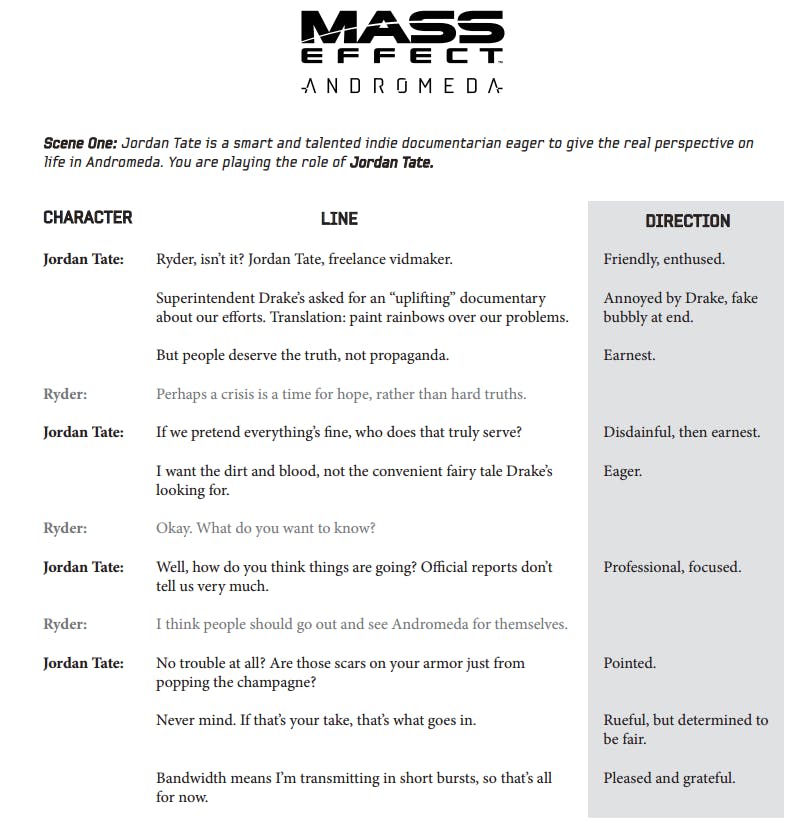 Next, record your audio or video audition—BioWare will accept either—and send a link to your file to [email protected]

For inspiration, consider taking a look at the new Mass Effect Andromeda footage shown on stage at the reveal of the PlayStation 4 Pro on Sept. 7.

Pick your role, take some time to rehearse, and show BioWare what you’ve got. Good luck, explorers!

Mass Effect Andromeda is slated for a 2017 release on PC, PlayStation 4, and Xbox One. We still don’t have a specific release date.