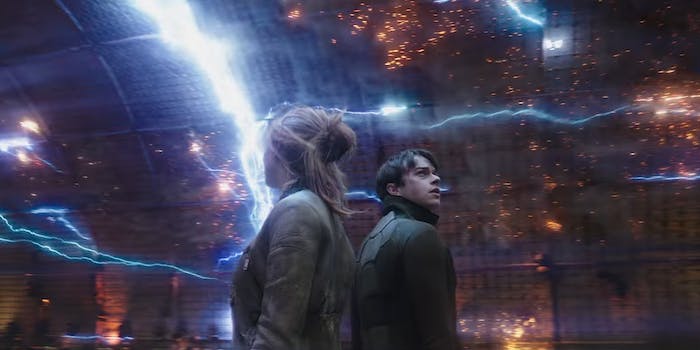 Our first look at Luc Besson’s Valerian and the City of a Thousand Planets has debuted online, and if the teaser trailer is any indication, it’s going to be a visual stunner.

With the backdrop of the Beatles’ “Because,” we’re introduced to a vast wealth of creatures and worlds as Valerian and Laureline (Dane DeHaan and Cara Delevingne) try to maintain order. And between all of the fights, sights, and visuals we even get a small peek at Rihanna, who is already the best-dressed person in this universe.