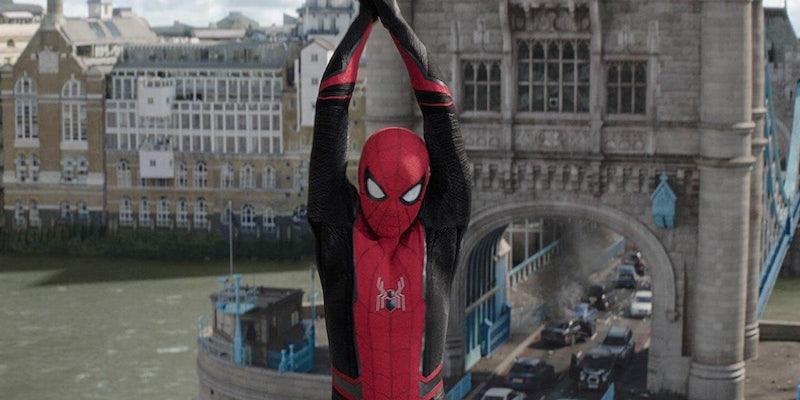 Tom Holland’s Spider-Man is officially out of the MCU

Tom Holland and Kevin Feige have both confirmed it.

Following a high-profile split between Sony and Disney, there were concerns that Tom Holland‘s Spider-Man would no longer appear in the MCU. It turns out those concerns were correct. After appearing at Disney’s D23 expo to promote the animated movie Onward, Holland confirmed that Spider-Man will be a Sony-only enterprise from now on.

“We’ve made five great movies,” Holland told Entertainment Weekly, referring to Sony’s two Spider-Man solo movies, and the three Avengers crossovers where his character appeared. “It’s been five amazing years. I’ve had the time of my life. Who knows what the future holds? But all I know is that I’m going to continue playing Spider-Man and having the time of my life… The future for Spider-Man will be different, but it will be equally as awesome and amazing, and we’ll find new ways to make it even cooler.”

The Disney/Sony conflict reportedly involved Disney demanding a higher percentage of Spider-Man’s profits. Sony, which controls the film rights to the Spider-Man franchise, did not accept the deal. Marvel Studios mastermind Kevin Feige co-produced the first two Spider-Man films starring Holland and was instrumental in connecting them to Disney’s MCU. Speaking to EW, Feige described the five crossover movies as “a dream that I never thought would happen. It was never meant to last forever. We knew there was a finite amount of time that we’d be able to do this, and we told the story we wanted to tell, and I’ll always be thankful for that.”

The idea of Spider-Man’s MCU role “not being meant to last forever” will be a surprise to many fans, because Spidey certainly felt like a permanent member of the MCU. In fact, if you aren’t aware of the behind-the-scenes jockeying between the two studios, you’d probably just assume he’s another Disney/Marvel character like Captain America or Iron Man.

Now that the split is confirmed, Holland will continue to appear in solo Spider-Man films at Sony (and potentially crossovers with spinoffs like Venom), but with zero references to the MCU and its characters. That means his connection to Tony Stark (and by extension, characters like Nick Fury and Happy Hogan) will disappear—an issue that will require some clever writing from the next film’s creative team. And while the news of the Disney/Sony conflict only broke last week, that creative team has already had a while to prepare behind the scenes. Speaking at a comic convention this weekend, Holland said that a “very different” vision for Spider-Man 3 has already been pitched.