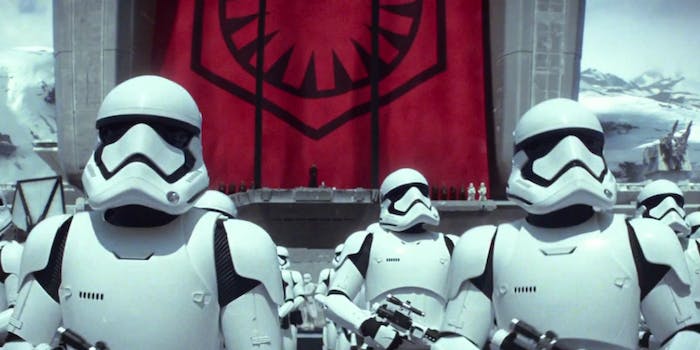 Fans concerned over what a modernized version of the Star Wars universe will look like in The Force Awakens were assuaged in a huge way with the new teaser released today.

Stormtroopers, X-Wings, TIE Fighters, Star Destroyers—there are dozens of iconic images from the Star Wars that define its continuum. These familiar shapes, uniforms, and objects provide continuity from movies to comic books to television shows. How The Force Awakens was going to update classic Star Wars designs into production values modernized for the 21st century was a major concern for Star Wars fans.

That concern, hopefully, has been put to rest today. Here are some of the key images from the new teaser for The Force Awakens, that define the new look. J. J. Abrams absolutely crushed it.

Han and Chewie seem none the worse for wear, for their age, and quite happy to be here.

Darth Vader’s helmet, on the other hand, shows the scars of age, since Luke Skywalker removed it from his father’s head at the end of Return of the Jedi. 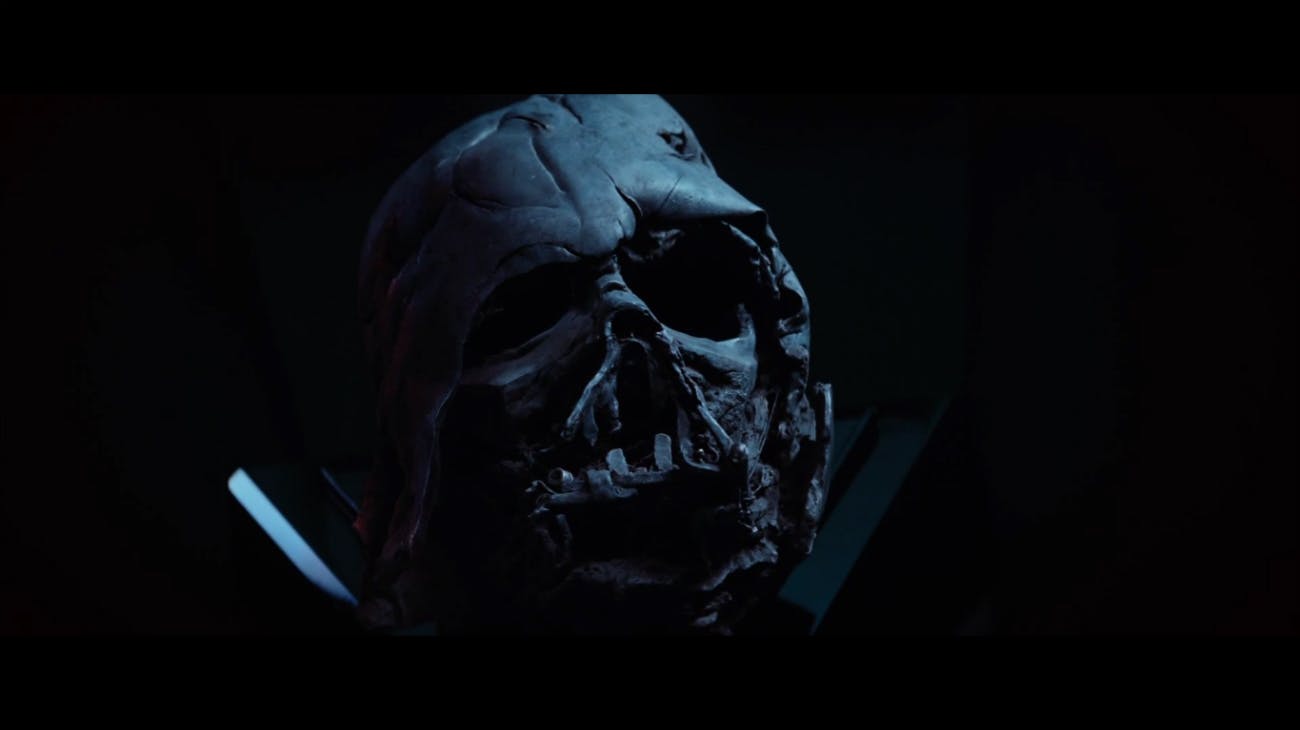 There’s also an old-school Star Destroyer, crashed on the surface of what might be Tatooine, with a crashed X-Wing in the foreground. Maybe that’s one of the ships that took the Star Destroyer down?

X-Wing starfighters screaming into battle. We don’t know if they’re still Rebels or if they fly for a New Republic, but they’re awesome no matter whose flag they fly.

We already knew what the new Imperial Stormtroopers look like, but darned if they don’t look amazing in parade formation, under a new Imperial banner.

A new Imperial Star Destroyer, with a squadron of transports en route to the underside hangar bay.

This elite Stormtrooper could be a Dark Trooper, one of the officer classes that lead the Empire’s shock troopers into battle.

Red stripes on a TIE Fighter usually denote an elite squadron, so maybe this is an Imperial ace causing trouble for our heroes.

This could be a Dark Jedi. The mask is reminiscent of what Sith lords looked like, 3,000 years before Episode IV, in the Star Wars Legends universe.

TIE Fighter laser cannons still shine green. They don’t usually cause trouble inside Imperial ships like this or give Stormtroopers reason to duck for cover.

Tell us that every one of those images doesn’t feel entirely familiar and authentic, and simultaneously new and fresh. Who knows whether the script is going to follow suit, but these production designs are top notch. Welcome to the new Star Wars universe!