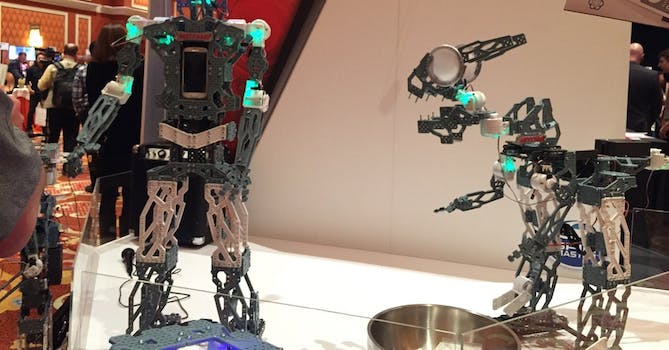 We now live in a world where a film adaptation of John Green book beat a Tom Cruise action flick at the box office.

The Fault In Our Stars beat Edge of Tomorrow at the box office this weekend, bringing in $48.2 million across North America.

Translated into layman’s terms, that means a low-budget teen movie about cancer patients was more successful than a blockbuster action movie helmed by Tom Cruise. And Edge of Tomorrow wasn’t even a flop. By and large, it had surprisingly excellent reviews.

The success of TFIOS hopefully marks a tipping point in the way Hollywood caters to young, female audiences. Following Twilight and The Hunger Games, paranormal romance and dystopias were the hot formula, leading to somewhat mixed results.

The Hunger Games and Divergent are technically quite standard blockbuster fare, featuring an action/sci-fi premise backed up by a supporting cast of A-list actors. Both movies were also marketed with an overall tone of, “Hey, we know this has a female lead, but boys can totally enjoy it too, don’t panic!” TFIOS, on the other hand, cost $12 million to make, played to an 82 percent female audience, and required Shailene Woodley to wear a nasal cannula throughout.

Writing on Tumblr on the film’s opening night, author John Green’s brother Hank described TFIOS’s pre-release buzz as “a broader signal that people are still interested in movies about people, instead of movies about explosions.”

On its own, TFIOS is not particularly groundbreaking stuff. A tragic love story about two photogenic white people: so far, so Titanic. The impressive thing is that it managed to defeat a juggernaut like Edge of Tomorrow, purely based on the existing audience for John Green novels.  Its marketing budget was about half of what is typically spent on a summer release from a major studio, with Fox relying on word of mouth and social media buzz from John Green’s enormous fanbase of teenage girls.

This indicates that rather than making high-budget but poorly-reviewed adaptations of what Hollywood perceives to be the successful YA formula (Beautiful Creatures, Mortal Instruments, Vampire Academy), you can achieve box-office success simply by making a movie that respects the desires and interests of its target audience. Shocking stuff.

Teenage girls enjoy badass action movies about women leading dystopian rebellions, and they also like small, sensitive stories about real-world problems. The YA audience is not a monolithic entity or a one-trick pony, it’s a huge and diverse group of people with an enormous amount of box-office draw.

In the past, other John Green books were picked up and then discarded by movie studios. Looking for Alaska was optioned by Paramount, but then shelved due to lack of interest. Paper Towns was picked up in 2008, then dropped in 2010, but is now in production from the same team (and with one of the same lead actors) as TFIOS.

It’s no big surprise that another John Green movie is on the way. This follows the expected Hollywood formula of copying previous box office successes. More interesting is the first fresh example of a potential new wave of YA adaptations: Rainbow Rowell’s Eleanor and Park, a teen romance that centers around a biracial relationship and touches on topics like child abuse and body image.

Five years ago, Eleanor and Park would not have seemed like an obvious choice for this kind of high-profile adaptation, partly because, as the author put it, it’s “a romantic love story starring two people who don’t often get to be in Hollywood love stories.”

It looks like studios are finally beginning to realize that teenage girls do have impact as an audience, and that their interests extend beyond love triangles and werewolves. Judy Blume would be proud.