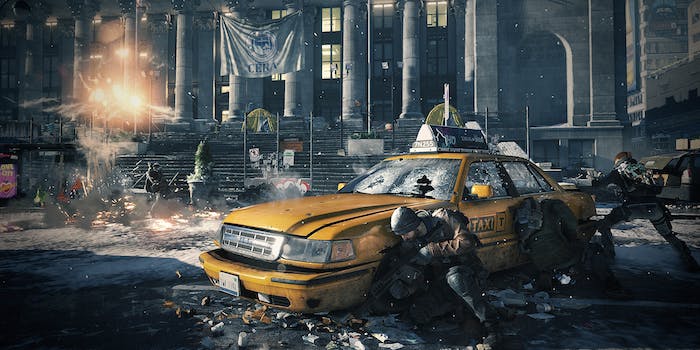 You have just a short time to play.

You have only three days to play the closed beta for Tom Clancy’s The Division. Here’s how to get the most out of the time you have left.

The current beta test for Ubisoft’s open-world shooter The Division, which is being offered on PC, PlayStation 4, and Xbox One is closed, i.e. you need an access code. Ubisoft has been very generous with those codes, however, and so we’re going to bet that a lot of you will be playing the game this weekend.

We put together a quick guide of some helpful tips and useful tactics that may come in handy until the beta ends on Sunday night. 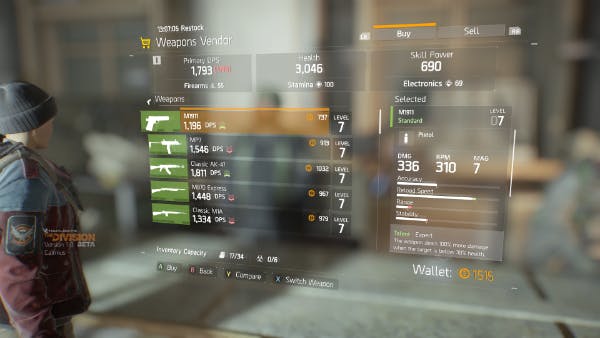 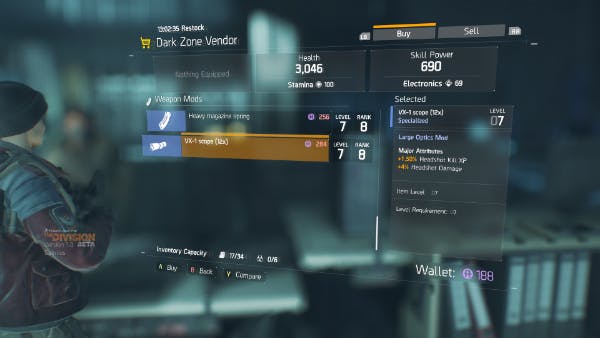 There are two halves of The Division, the player-versus-environment portion of the game, which is the largest segment of the beta map and has the most content, and the Dark Zone, a smaller slice of the map and the only place where you can kill other players. The Dark Zone is also the place where you get the best weapons and gear.

You have two different character levels, one for PvE, and one for PvP. You will see both your levels in the upper-right corner of the main UI. There are also two different currencies you need to earn: regular currency and Dark Zone currency. Generally speaking if the numbers are displayed in orange, it’s PvE information. If the numbers are in purple, it’s PvP information. 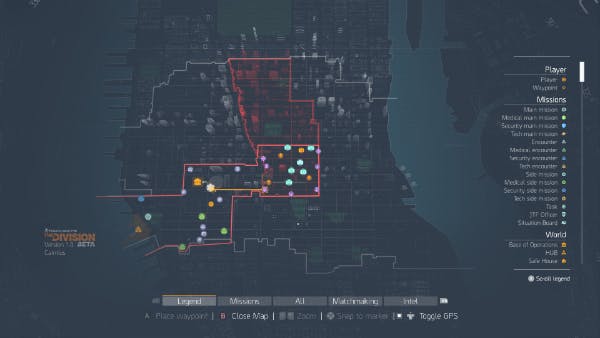 Missions and Encounters are the obvious, clearly marked things to do in the PvE portion of the beta. There is only one mission, a rescue op in Madison Square Garden. You can play this on Normal and Hard modes. Make sure you do both to wring out all the experience and gear the mission can provide.

There are also side quests clearly marked on the map, and opportunities for minor firefights called Encounters. Green Encounters might be hostage rescues and relatively easy fights. Blue Encounters are assaults that have more and better-armed enemies.

There’s still plenty to do in the PvE area of the beta, once you’ve gone through all the obvious content.

The Division takes place after a weaponized virus has swept through a decimated New York City. You play a Division agent trying to hold the line against looters and thugs while assisting in research on the virus and finding a cure.

If you want to see glimpses of what the outbreak looked like, you can find digital memories called Echoes that you can access using the augmented reality gear with which your character is equipped. You’ll be alerted when you get near an Echo, so if you’re circumspect about exploring the city, you should find them all.

Every so often, while in the PvE section of the game, you’ll automatically scan a nearby civilian, and determine that they are in need of aid. They’ll usually require one of your consumables, like a medkit or something to drink.

Those consumables are valuable to you as they are all various healing items but give them up anyway, when you see a civilian in need. You get experience points every time you do, and every little bit helps when you have so little time with the beta.

You will find clear areas for brief firefights marked on your map, called Encounters, and usually when you clean up the area after putting down all the looters you’ll find boxes that contain loot. You may also find an open door that leads into an apartment building, where you can find healing items and more loot.

Not all the places to find stuff are so clearly marked, however. If you see a random event like some thugs ransacking a store, take them out and search the place. You might find some good loot for your trouble. At the very least, you should find useful consumables.

4) Look for cell phones and other secrets

Every so often, if you really take your time and explore the city, you’ll find a cell phone. Picking one up gives you experience points. You may also find waypoints that indicate the location of other content you can discover, like tracking down a missing Division agent.

5) Step outside the boundaries into all the other zones

The edges of the beta map are clearly marked in red, and if you cross the line and stay on the other side for more than 10 seconds, you’ll be teleported back to the playable area.

However, you still get experience points for discovering these zones, even if you can’t actually go there. Don’t give up free experience points! (Thanks to Datto on YouTube for pointing this one out to us!)

The Dark Zone is a quarantined part of the city where the weaponized virus hit New York the hardest. You will find Elite enemies there that are tough to put down but drop the best gear. It’s best to have a full team of four if you want to take on an Elite.

The Dark Zone is also the only place you can attack other players. If you do, your position on the map will be marked with a red skull and there will be a bounty on your head, because you will have gone Rogue. You also can’t exit the Dark Zone via one of the checkpoints until your Rogue status is removed, which is when you’re dead.

You lose Dark Zone currency and experience points when you die while gone Rogue, and you can also drop items that other players may steal away. You want to make sure you do everything possible to let other players know that you’re not there to cause trouble, if you aren’t.

When you hear gunfire and explosions in the Dark Zone, that’s where you want to be. You’re also going to find other players who want to get Dark Zone loot as much as you do.

We’re playing the Xbox One version of the beta. In this version, press down on the d-pad to call up a radial menu of different emotes and then use the right control stick to select the emote you want to use. Check the control settings on the PC and PS4 versions to find the right controls for this on those platforms.

Saluting or clapping for another player will likely generate the same response in kind. It’s a good way to say, “I’m not here to cause trouble.”

2) Do your jumping jacks

Any loot that you accumulate in the Dark Zone is contaminated and you’re not allowed to use the gear until it’s been decontaminated. And you can’t bring contaminated gear through the checkpoints that separate the Dark Zone from the rest of the map. You have to call for a helicopter at one of the designated Extraction Zones, wait for the chopper, and then attach your loot bag to a rope that the chopper drops for you.

Extraction Zones are therefore really attractive places for Rogue agents to attack other players and gather up all the loot everyone is trying to extract. Other players might therefore have twitchy trigger fingers when you show up at the same Extraction Zone they are trying to use, because they don’t know your intentions.

It’s already become a convention to use the jumping jacks emote to signify that you don’t intend to kill anyone. Try busting out into some jumping jacks at an Extraction Zone and see what happens.

You may never need to visit a Safe Room in order to re-arm yourself with grenades and ammo if your trips into the Dark Zone are short. Even if you don’t need resupply, however, if you earn enough Dark Zone credits you absolutely want to visit the Safe Room vendors. They sell gear that’s much better than what the Dark Zone vendors inside the checkpoints sell.