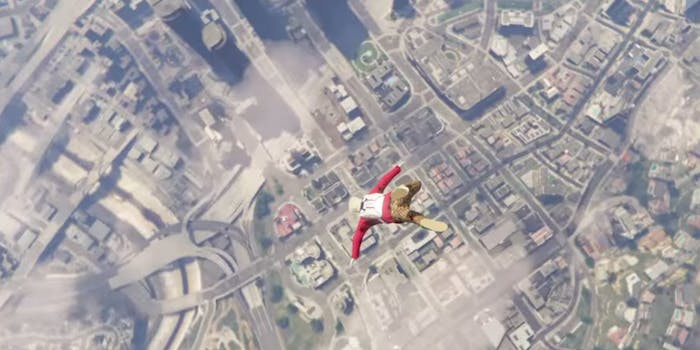 This insanely risky Grand Theft Auto skydive does not work out

We give the jump an A for effort, and an F- for execution.

Diving out of a helicopter in Grand Theft Auto Online at what looks like maximum altitude and aiming for a swimming pool is both brave and stupid.

Not all of the best mayhem in GTA Online is unplanned or random. We gather the idea here was to test whether or not a high-altitude jump sans parachute is survivable if the jumper lands in the pool. That question remains a mystery after this jump.