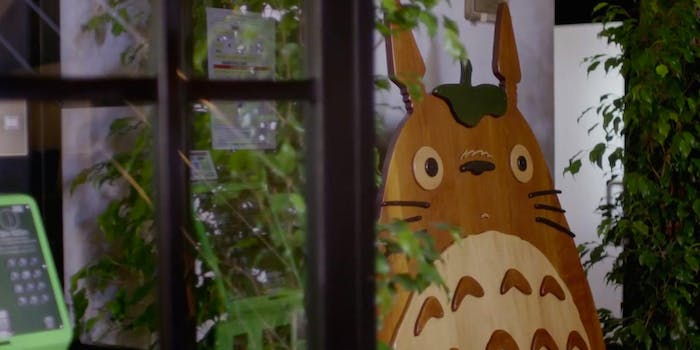 The Studio Ghibli documentary is coming to America

See the trailer for The Kingdom of Dreams and Madness.

From My Neighbor Totoro to Spirited Away, animation studio Studio Ghibli has created countless films that are enjoyed by people around the world. The Kingdom of Dreams and Madness, a documentary about the studio, released its first U.S. trailer this week.

The director, Mami Sunada, was apparently “granted near-unfettered access” to Studio Ghibli for the film. Sunada spent a year following Hayao Miyazaki, director Isao Takahata, and producer Toshio Suzuki as they worked to finish their movies The Tale of The Princess Kaguya and The Wind Rises. According to the official synopsis, the documentary offers “a rare ‘fly on the wall’ glimpse of the inner workings of one of the world’s most celebrated animation studios, and an insight into the dreams, passion and singular dedication of these remarkable creators.”

The film was released in Japan last year but is now coming to North America thanks to distributor GKids, who released the below English subtitled trailer for the documentary.

The Kingdom of Dreams and Madness will open in New York City on Nov. 28 and then be available for digital download Dec. 9.