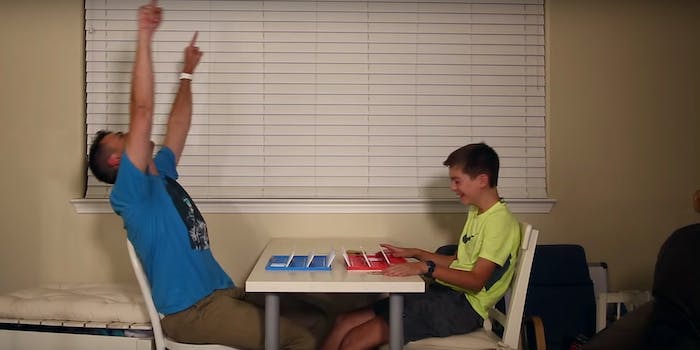 Yes, the board game.

Guess Who is a game for kids who love the process of elimination. There are a bunch of strategies you can use (guessing broadly vs. guessing specific attributes) to win. But there is one legal strategy, greater than all others, that will statistically allow you to win 96 percent of the time.

The TL;DR of the technique is to guess attributes that will let you halve the amount of characters on your board every time. For example, you ask if the person has red hair, white hair, or glasses. You could also ask if their name begins with the any of the letters A through L. This is still a legal question since you can answer it with a simple yes or no. But then you’ve knocked out half the board. Then you ask about another set of attributes that will halve the board again, and pretty quickly you’ve narrowed it down to just a few possibilities.

The host of the video, Mark Rober, visited his high school statistics teacher to help figure out how he would answer the question of his probability of winning any game. But he’d need a big sample size of many games to answer the question. Rather than sitting through upward of 600 games, Rober turned to another friend to use computerized models to find the answer.

So there you have it, a way to easily assert your intellectual dominance over your nieces and nephews during the holidays this year.