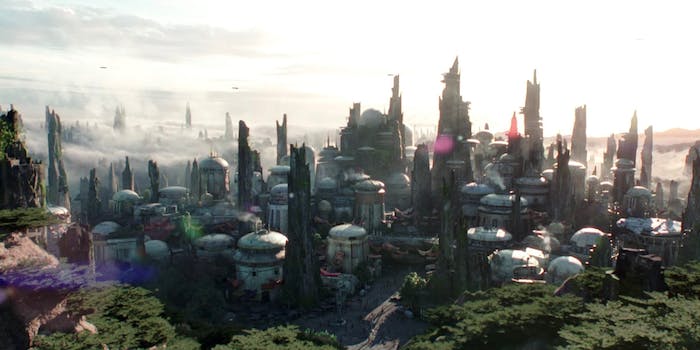 Start planning your trip to Batuu.

Disney is giving Star Wars fans the chance to visit that galaxy far, far away thanks to theme parks at Disney World and Disneyland, and now fans know when they’ll be able to actually visit.

Disney teases even more of Batuu, the outpost located at the edge of the galaxy that serves as the in-universe home base of Disney’s Star Wars theme parks, in a new video. And while a specific release date is still on the horizon, Disney gave us a general time frame. Star Wars: Galaxy’s Edge will open at Disneyland in summer 2019 and at Walt Disney World in late fall 2019, both of which land in the general time frame of “2019” that Disney previously gave fans.

We’ve yet to see what the parks look like outside of concept art and animated footage, but if it’s anything like what we’ve been shown, these Star Wars theme parks will have more than enough for fans to explore.