Pick up the app before SDCC and you can access new augmented-reality experiences at the Con.

The free app, released today for iOS and Android, feels sort of like a digital, interactive version of Star Wars Insider magazine, owing to the obligatory inclusion of news feeds and links to official videos. This is a good thing. It’s the interactive content that might seal the deal for Star Wars fans.

First things first, there’s the selfie tool. It had more options than we expected. There are four different cut-outs within which you can superimpose your face, four background characters, eight lightsaber colors for the Jedi cut-out, and eight different backdrops. You don’t have to visit a Disney park anymore to get one of these. 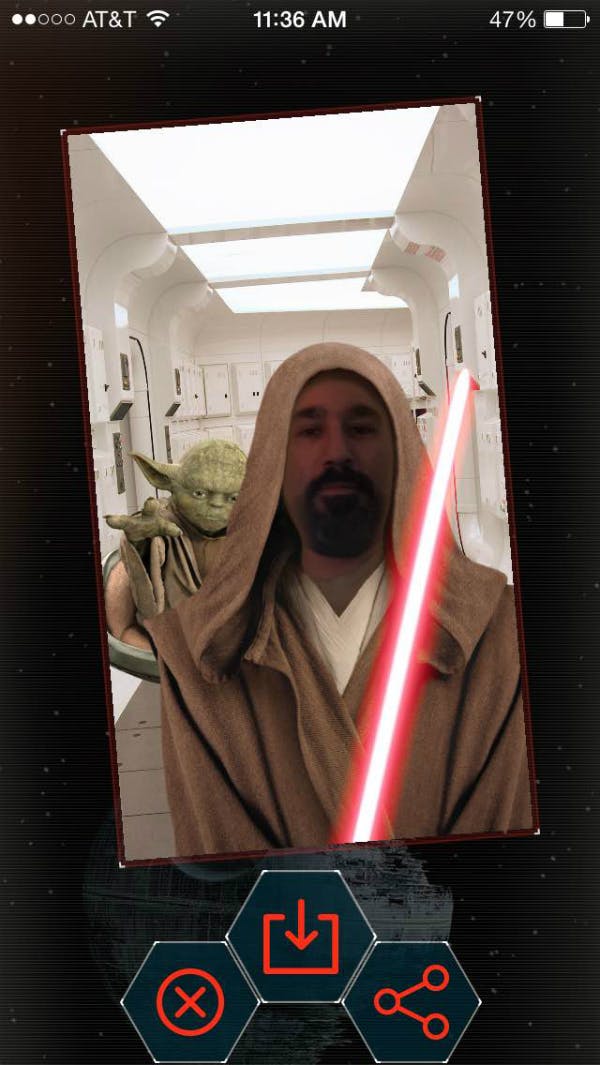 You can find unofficial apps with sound clips from the Star Wars films, but as one would expect, the audio quality on the official Disney app is clearly superior, and there are many gems to choose from in your daily life. 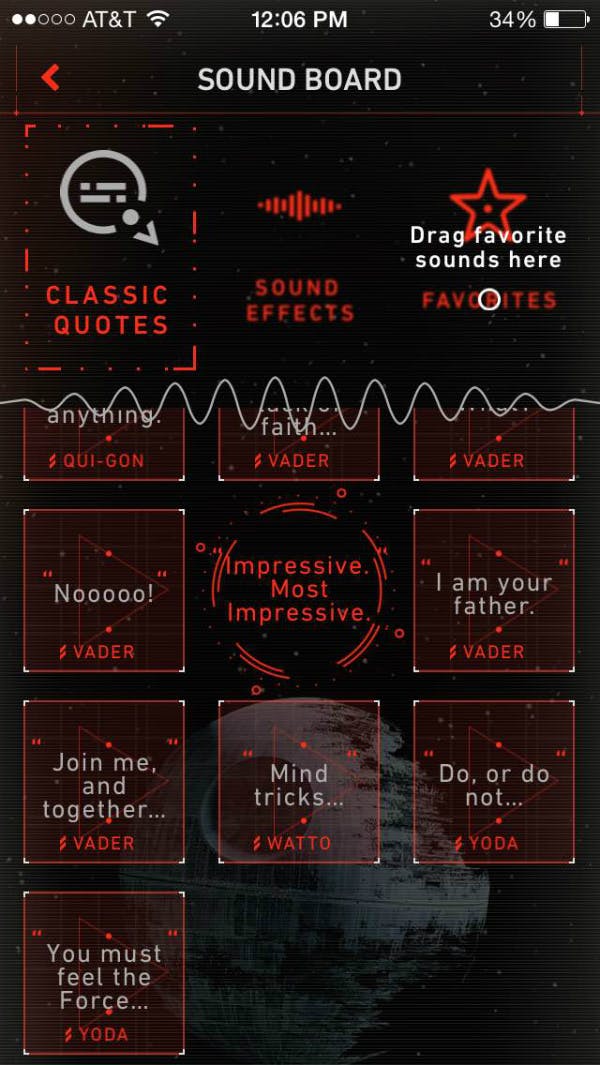 The augmented-reality lightsaber-training game may be the coolest feature of all. The Jedi training remote doesn’t just sit still on your screen; at higher levels of the game, you actually have to spin around and try to find the damned thing as it flies around your room. You must tilt your phone (read: your lightsaber) to block the shots. 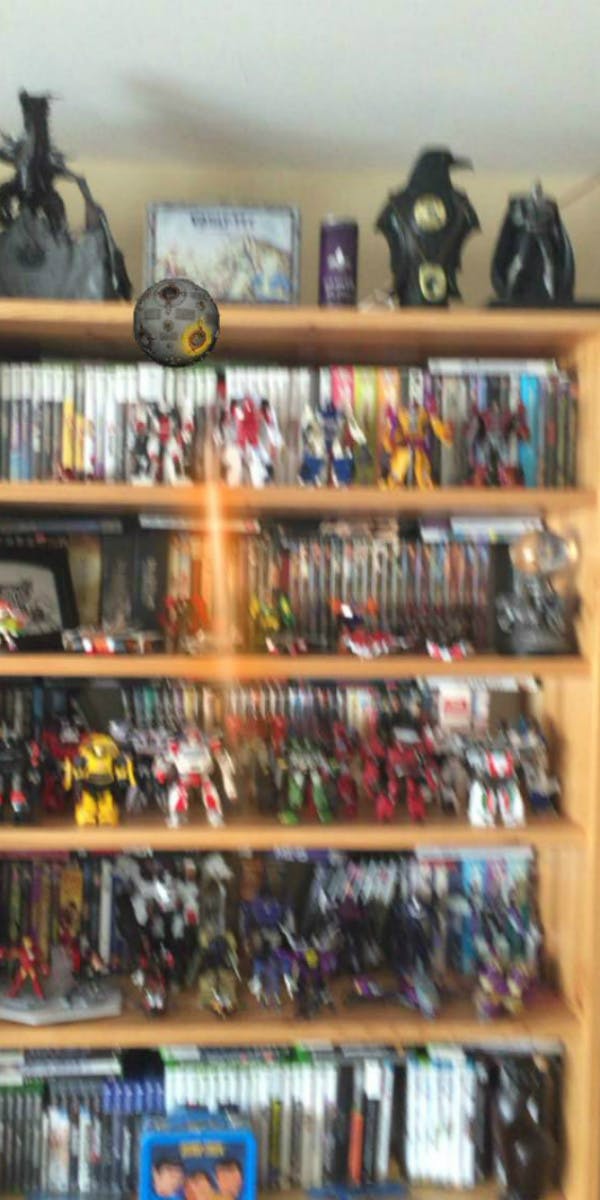 YOU try getting a clear picture in focus while this thing is flying across the room and shooting at you.

Given that it costs nothing, there’s no reason for Star Wars fans not to give the new app a whirl. And if you bring the app to San Diego Comic-Con, there will be posters at the Lucasfilm booth that unlock new augmented-reality content.