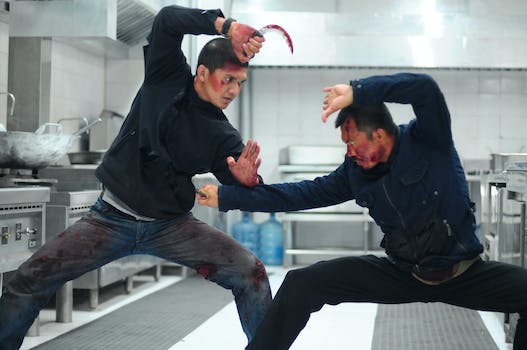 Could these three martial artists be playing Jedi or Sith warriors?

Deadline reports that Iko Uwais, star of Indonesian action flick The Raid, has a role in the new Star Wars movie. He is joined by Yayan Ruhian and Cecep Arif Rahman, both of whom appeared in The Raid 2.

The Raid achieved cult success with its relentless brand of ultraviolence, which relied on brutal carnage acted out by expert martial artists. Since all three performers have a background in martial arts, our best guess is that they’ll have action-heavy roles in The Force Awakens. Iko Uwais and Yayan Ruhian also co-choreographed The Raid‘s fight sequences, so we may be looking at significant action roles for them—albeit probably without much importance to the plot. Otherwise they’d have been announced with earlier cast members like Daisy Ridley and John Boyega.

Details of The Force Awakens are so secretive that we didn’t even hear this casting news until two months after the film wrapped. So while these three actors have almost certainly filmed their roles already, we don’t even know if they’re playing humans, aliens, Jedi, or Sith.

We do know that they won’t be the only physical performers in the movie, though. Back in July, Star Wars revealed that YouTuber Pip Anderson had been cast in a minor role—a performer whose previous experience mostly consists of parkour videos.

Photo via The Raid 2/Sony Pictures