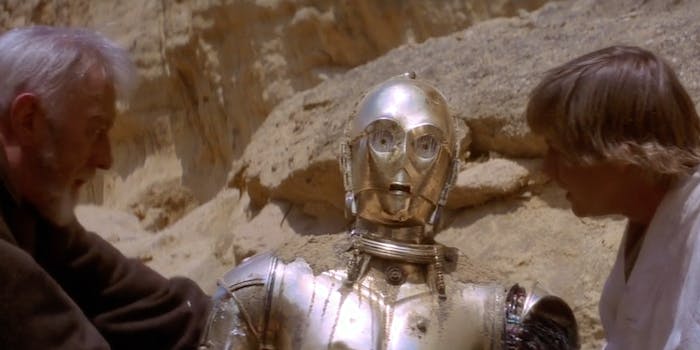 They must have excellent health insurance.

Whether you’re a Jedi, a rebel, a droid, a clone trooper, or an Imperial, if you’re part of the Star Wars galaxy, you’re likely to lose a limb eventually.

Decapitation and amputation are occasional hazards in that universe. Things get heated, blasters and lightsabers come out, and soon enough limbs are flying everywhere. This supercut from Vimeo user whoispablo demonstrates how easy it is to leave an arm or a leg behind.

Everyone’s lost something at one point or another, but C-3PO is by far the true MVP of the carnage.

Give them all a hand. No, really—they could use a new one.