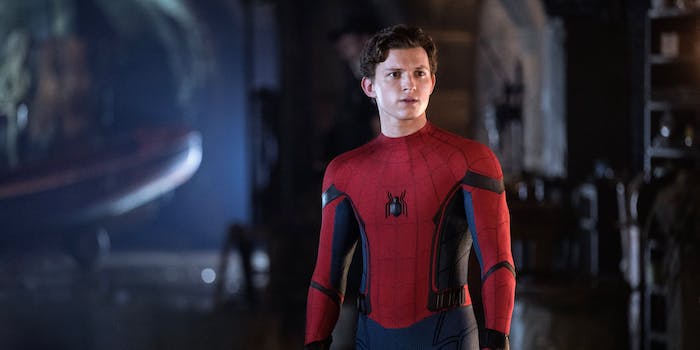 It's a special achievement for Spider-Man.

Spidey’s swinging in with the big bucks after Spider-Man: Far From Home made $1 billion at the box office.

The achievement, which arrived within the first month of Far From Home’s theatrical release, is the first time that a Spider-Man movie has made $1 billion. And although Far From Home can add even more money to its total before it leaves theaters, it’s already Sony’s highest-grossing film to date behind Skyfall.

Until now, the closest that a Spider-Man movie had gotten was Spider-Man 3, which was released in 2007 and made approximately $890.9 million worldwide.

It joins Avengers: Endgame and Captain Marvel as the only two films to cross that benchmark globally in 2019. And while they were all produced by Marvel Studios, it’s the first film to make $1 billion this year that wasn’t released by Disney. (The last non-Disney film to make more than $1 billion was Aquaman.)

Far From Home is now one of 40 films to have reached that box office threshold, which includes a mix of superheroes, Star Wars movies, a couple of the Fast and the Furious movies, animated movies, and even a few older selections.

While it almost certainly won’t overtake Endgame (which recently beat Avatar to become the highest-grossing movie ever), Far From Home’s achievement does do one thing. Nothing might have been announced yet, but if there was any doubt that a third Spider-Man film starring Tom Holland wouldn’t happen, Far From Home’s box office haul should be enough to dissipate that.