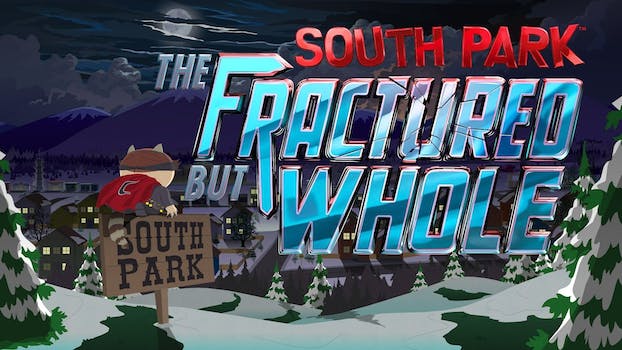 The latest South Park role-playing game gives you everything you'd expect from a 20-hour stay in town.

After over 20 years on air, South Park has settled into a predictable style of storytelling. The irreverent, iconic, youthful cast have been through countless misadventures, with detours to tie in not-so-subtle digs at whatever happens to be trending at the time of airing.

With the introduction of a more serialized story in recent seasons, the show lost its edge in terms of political commentary and parody. In South Park’s language, simply calling attention to something or someone is considered making a joke about them. This reliance on meta-jokes and referential humor creates an expiration date to a lot of the topics South Park has touched on recently, from a tasteless recurring gag featuring Caitlyn Jenner to lampooning Pewdiepie’s content.

So, when the sequel to the surprisingly compelling 2014 game The Stick of Truth was introduced as a parody of cinematic superhero universes and specifically Captain America: Civil War’s melodrama, the possibility to sharply parody our ubiquitous pop culture icons was practically irresistible.

Marvel and DC might seem like easy targets, but a video game lends itself to a more interactive style of social commentary than the show’s proclivity to simply poke fun. The interspersed cutscenes feel indistinguishable from fully produced episodes, with the same voice acting and visuals.

Like the first game, The Fractured But Whole plays with its non-television medium in entertaining ways. You control “the new kid” in town, a blank slate for you to visually customize and free of any narrative baggage. As with many role playing game protagonists, your past is shrouded in mystery and may hold more significance to the overall plot as events unfold around you. This is just one of the many ways this title smartly pokes fun at prevalent video game tropes.

A rite of passage into the Coon and Friends group involves the kids filling out character sheets to play as their superpowered personas. As the newest member of the team, you spend the early hours of the game fulfilling quests to write in your tragic backstory, your one true weakness, and your deepest fear.

These qualities of your character aren’t just for a one-off joke or gag: Some of them can have an effect on elements of gameplay in the world at large. If your fear is ninjas, for example, you’ll be at a disadvantage when squaring off against that class of enemy. Likewise, the game presents the opportunity to select the option for a non-binary avatar. In doing so, the other characters happily accept you, but you’ll be faced with an otherwise optional boss battle against some bigoted rednecks.

The Fractured But Whole never lets you forget that it’s a South Park game, with constant deviations into immature, insensitive humor. Fans of the show will surely get a thrill out of how well the game fits with the established style. Trey Parker, Matt Stone, and the South Park Studios team oversaw a great deal of the game’s development, and their authentic touch is unmistakable as you play. Several delays of the game also allowed the writing to stay incredibly topical, with more than a few references to summer blockbusters that launched this year.

Humor is the primary purpose for everything that will happen on your adventure. Some combat encounters are designed entirely around one joke-y mechanic, ending abruptly when a car rolls through the street you are fighting on. You gain powers to interact with overworld in clever ways as well, to solve puzzles and obtain new gear for customizing your loadout. Costumes and visual quirks are present solely for aesthetic reasons, but there are a great deal of ways in which you can change how your hero plays.

Thankfully, the progression of those RPG mechanics are surprisingly complex. While you start by picking from one of three classes—Speedster, Brutalist, or Blaster—you can swap between them at your choosing and eventually add a subclass and change your combat powers on the fly. For example, you can mix the long-range emphasis of the Blaster class with Psychic sub-class powers to heal and protect your teammates. There are individual stats to track the effectiveness of each power, like Spunk for your magic abilities and Brawn for more physical attacks. Artifacts and DNA strands change how your hero’s stats are calculated, but never lock you into any one specific progression tree. The malleable nature of your character’s special powers make sure that each combat encounter can feel different and give the player quite a bit to experiment with while exploring town.

For the most part, gameplay is the same as it was in The Stick of Truth with one big change. Combat has been entirely overhauled, replacing the static, turn-based system with a grid that accounts for movement and spacing in interesting ways. Each attack has a specific range or placement of foes and allies it will hit, meaning that your characters have to be in the right spot to use any one of their abilities. Keeping track of enemy movement and obstacles adds a layer of challenge outside of simply maintaining your team’s health. Certain fights also add in new modifiers, like moves telegraphed several turns in advance that could wipe out your character, or an advancing wave of enemies that won’t stop until you reach a certain point.

Combat is rarely challenging, but still engaging thanks to the many options you have to take down anything that stands in your way. New abilities can completely change the way you think about battles, meaning that your strategy will never settle into a proven track that carries you through the game.

For fans, there are plenty of surprises to uncover and tons of references to even the most obscure episodes of the show. Thanks to a strong level of personalization coupled with South Park’s distinct atmosphere, The Fractured But Whole makes wandering around the faithfully recreated and detailed map of the town a constant delight.

South Park: The Fractured But Whole is available for PC, PS4, and Xbox One on Oct. 17.

Disclosure: A copy of South Park: The Fractured But Whole was provided by the publisher for this review.