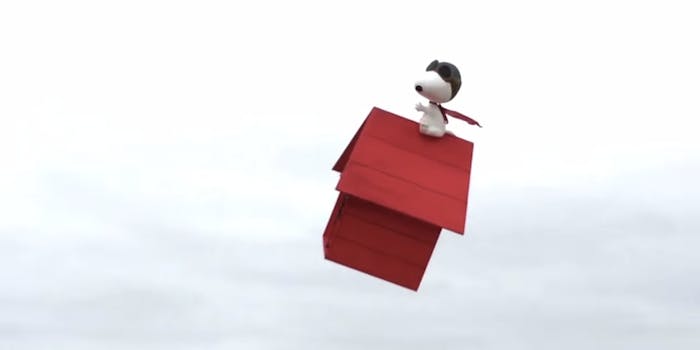 Technology meets nostalgia, and it's amazing.

Imagine looking up into the sky and seeing Snoopy soaring through the clouds on his flying doghouse. Finally, that daydream has become a reality.

Dieffenbach was inspired by the trailer for The Peanuts Movie, which comes out this December and features the flying craft.  His creation first flew in February, but it was kept under wraps until now. It will soon head to San Diego Comic-Con to put every cosplayer to shame.

Dieffenbach’s other projects include a flying TARDIS and R2-D2. Good grief, this guy’s a genius.