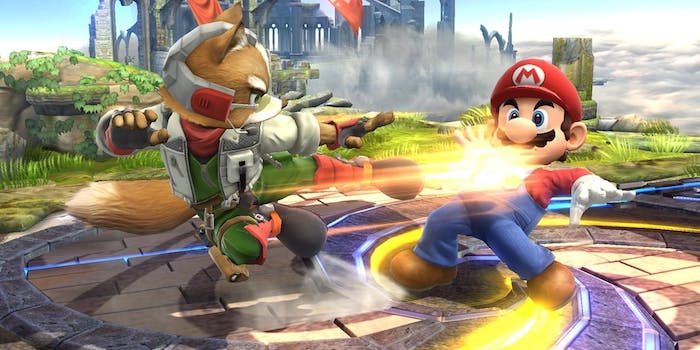 If you like the idea of infinitely firing a giant laser beam during a Smash Bros. match, this latest find is for you.

If you like the idea of infinitely firing a giant laser beam during a Smash Bros. match, this latest find is for you.

YouTuber HermitHelmet has discovered a rather complicated setup that allows the player to fire the Daybreak laser weapon without end. The powerful device, taken from the Kid Icarus franchise, requires three separate pieces to assemble and is meant to reward the player who does so with a devastating attack.

But perhaps not quite this devastating.

Use of the technique does require items to be present, so you’re not likely to see this in a competitive match any time soon. Some explanation can be found earlier in the video.

The glitch involves tricking the game into thinking that you’re activating the release of something rather than firing the Daybreak. With the Daybreak having been fired in this tricky way, you’re able to stroll around carefree while blasting opponents into oblivion and beyond.

It’s yet another way to fool Super Smash Bros. Wii U into allowing you to do something wildly overpowered. And while Nintendo is likely to patch out at least some of the growing number of glitches found in the game, they’re certainly fun to watch emerge while they last.