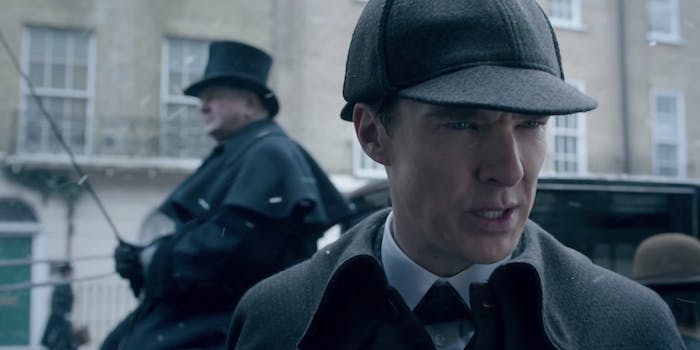 First ‘Sherlock’ special clip shows that nothing is different in 1895

The character quirks you love are still there.

Sherlock might be throwing fans for a loop with the trip back to 1895 in its upcoming special, but as the first clip shows, absolutely nothing has changed.

In the clip—released on the heels of an official image from the BBC—we get a glimpse into Sherlock and Watson’s lives in a scene that’s very familiar from the original Sir Arthur Conan Doyle books. After returning from investigating a crime, the two are welcomed home by their landlady Mrs. Hudson back at 221B Baker Street for some relaxation (and possibly more research).

The dialogue might be a tad more polite to match the times, but otherwise, nothing has changed. Sherlock is still curt, Watson is still overshadowed and wants to be taken seriously—he even grew a mustache to stand out!—and Mrs. Hudson still hates his writing.

Correction: In an earlier version of this article, we misidentified Mrs. Hudson, Holmes and Watson’s landlady.