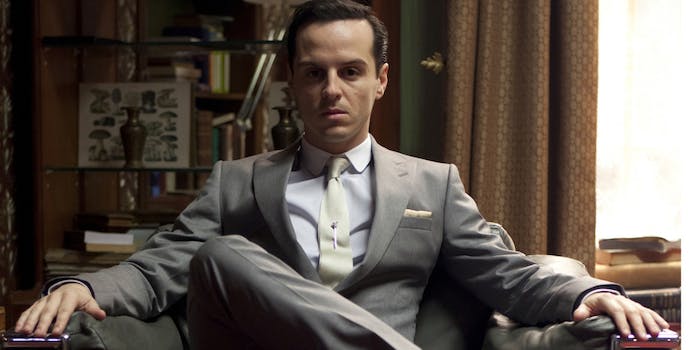 BBC confirms ‘Sherlock’ news with #221back

'Sherlock' will be coming to Christmas in 2015.

Say what you like about Sherlock, but that show really does know how to work with its audience.

On Tuesday afternoon, BBC One posted a couple of cryptic tweets tagged #221back (a reference to Sherlock’s address, 221B Baker Street), and that was enough to send Sherlockians into a flurry of excitement. What could it all mean?

It’s all gone dark… Something’s coming… Or someone. Details at 2.21pm tomorrow. #221back #Sherlock

Sherlock writer Mark Gatiss chimed in with a few mysterious tweets of his own, just in case any fans had missed out the others.

Not the most complicated of social media campaigns, but to be honest, Sherlock doesn’t have to try very hard. With several years between each three-episode miniseries, the show’s fanbase is ready to freak out at every glimpse of Sherlock-related news.

ONE MINUTE LEFT IM CRYING #221back

This is the longest minute of our entire lives, I’m not even exaggerating. #221Back

As it turns out, the big #221back announcement was just a confirmation of what actor Martin Freeman had already hinted at earlier in the week: Sherlock will be back in 2015.

Shooting on the #Sherlock special will begin in January 2015, with the series shooting later next year. #221back

We’re ready to unleash the most shocking and surprising series of #Sherlock yet. The only thing is to expect is the unexpected… #221back

As we already suspected, Sherlock will return for a Christmas special, and then the fourth season will air sometime in 2016.

Showrunner Stephen Moffat says of the new series, “Of course, it’s far too early to say what’s coming, but we’re reasonably confident that the very next thing to happen to Sherlock and John, is the very last thing you’d expect…”

The main thing fans are expecting is the return of Moriarty, who was already pictured in the BBC’s teaser tweets. So, should we expect him not to show up, because that would be too obvious? Or is this some kind of double bluff? Have fun pondering that one for the next 18 months, Sherlockians.