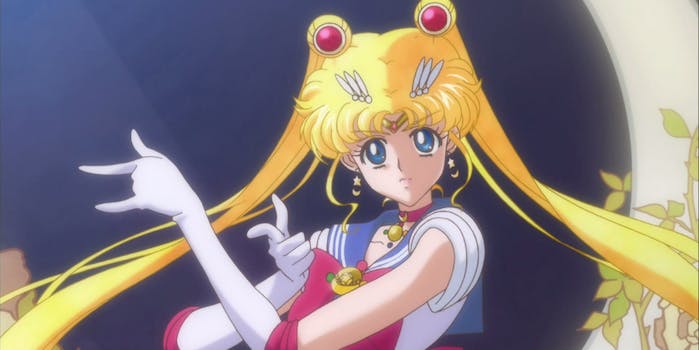 It's only a month away, and now the trailer for the reboot of our dreams is finally here.

The trailer for the reboot of our dreams is finally here.

Forget Star Wars and Star Trek. If you’re an anime fan, you’ve been living for next month’s Sailor Moon revival. It’s been a fantastic year for sailor scouts around the world. Last month, Viz Media surprised the world by announcing it had done the unthinkable and secured translation rights for the original Sailor Moon, which is now already streaming on Hulu for the first time in history.

If that’s not enough, now the trailer for the series reboot, Pretty Guardian Sailor Moon: Crystal, has landed.

And it’s as beautiful as we were hoping.

The trailer isn’t subtitled, but that doesn’t really matter. The gang’s all here—except for Tuxedo Mask. Looks like they’re keeping him under wraps until his big entrance in the show.  In the meantime, you can join us in watching this trailer on loop until we become magical girls ourselves through the power of anime.