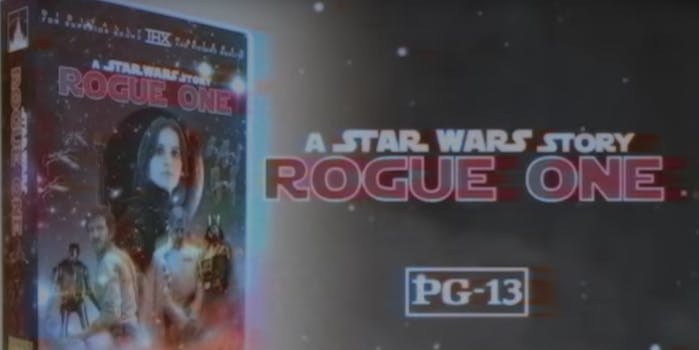 Fan-made trailer reimagines ‘Rogue One’ with a retro VHS commercial

Rogue One is kind of a nostalgia trip, calling back to the early days of Star Wars. This fan-made trailer is a perfect companion to its vintage style, reimagining the trailer as a retro VHS commercial.

Filmmaker Damien Kazan created the video with clips from Rogue One, copying the style of 1980s VHS trailers. It’s pretty believable, right up to the square, TV-shaped aspect ratio.

Rogue One came out on digital HD last week, and its DVD and Blu-ray release is April 4. Unfortunately for fans of grainy visuals and blurred color, it’s not coming out on VHS at all.