Screengrab via Rick and Morty/YouTube

'But this is actual food!'

This article contains spoilers for Rick and Morty season 3, episode 2, “Rickmancing the Stone.”

Last night’s Rick and Morty episode focused mostly on Rick, Beth, Morty, and Summer as they all come to grips with Beth and Jerry’s impending divorce. But what about Jerry?

While he got a bit of screentime saying goodbye to the kids and later when Summer gifts him a mutant’s skull, Jerry got the post-credits scene all to himself—almost. As he’s checking the mail at his crummy apartment, Jerry’s held up by a vengeful coyote who seems hellbent on destroying his unemployment check.

In case you forgot to stick around after the credits rolled, here it is on YouTube (watch while it lasts):

But an eagle-eyed Rick and Morty fan’s photo posted in the subreddit makes this scene so much sweeter. According to OnAWhale, in this universe, Jerry Smith is best known for his nature photography, which you can see on Chromecasts’s featured photos screensaver. And, of course, who would feature in this timely screengrab? None other than a feisty wolf. 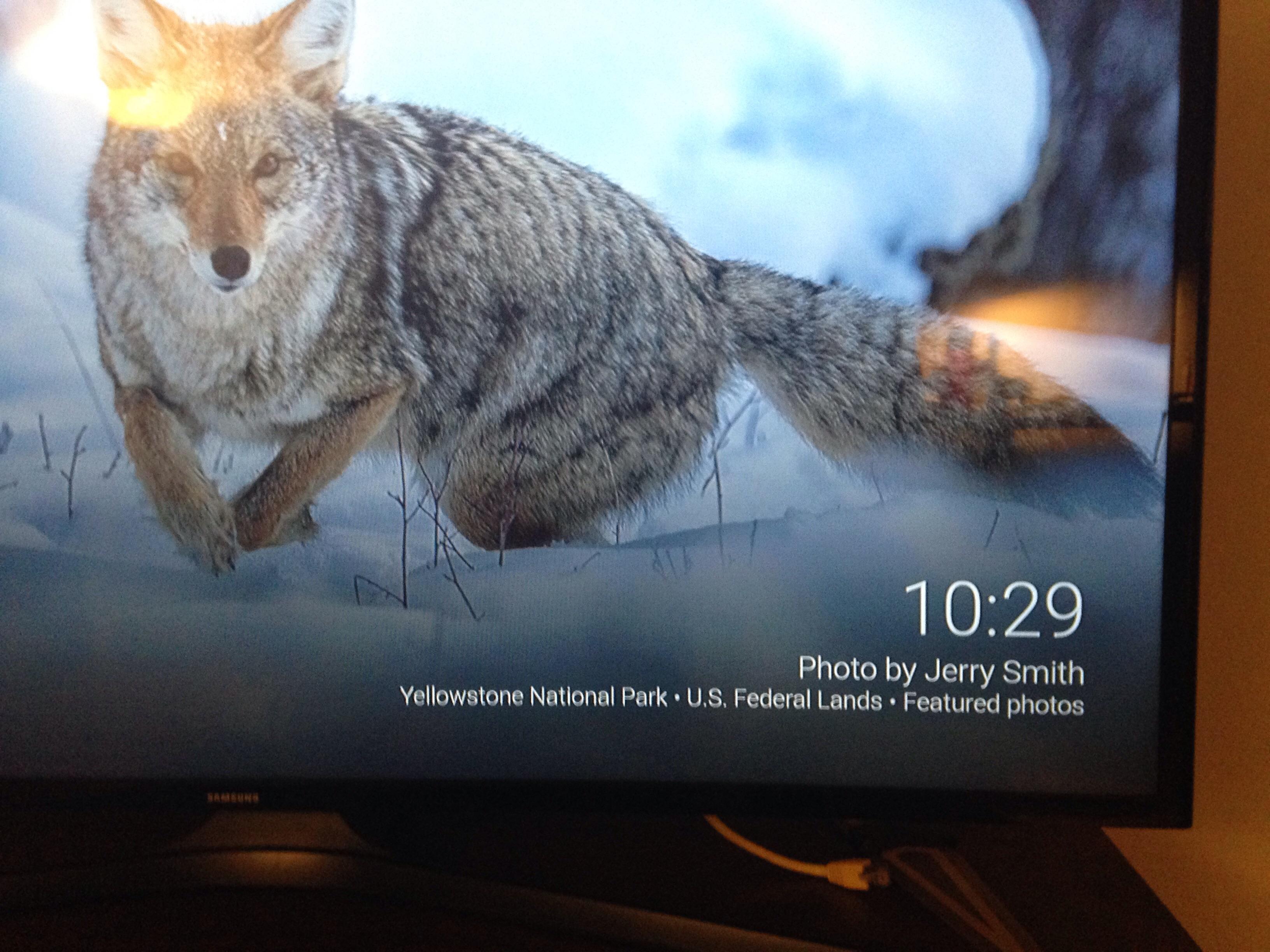 First, OnAWhale originally submitted this post approximately four months ago and claims “the reddit app reposted it by itself.” What are the odds of that? And, more importantly, who’s behind the voice in the winds, calling Jerry a “loooossserrrr” at all his darkest moments? We’d love to blame the coyote, but our money’s on it being tied back to Rick somehow.

Correction 11:56am CT, Aug. 3: An earlier version of this article misstated where the wolf photo could be seen in the wild: It’s on Chromecast displays, not Apple TV.