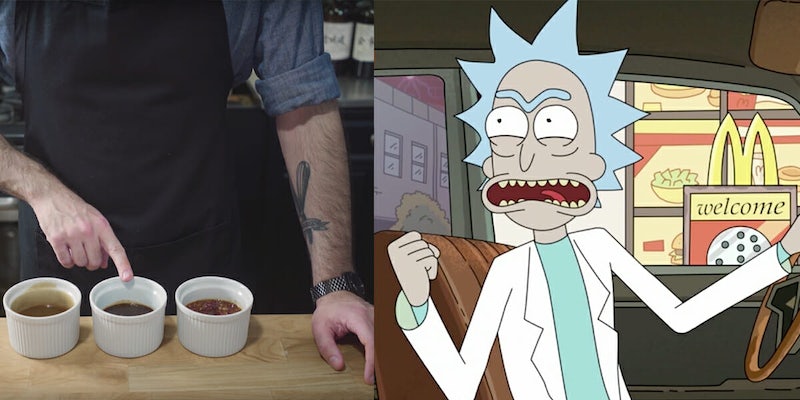 After the surprise premiere of Rick and Morty season 3, fans have been chomping at the bit to get their hands on some of the Szechuan sauce McDonald’s carried as part of a Mulan promotion in 1998. It’s a flavor most people forgot about for the past two decades, but the obscure reference in Rick Sanchez’s memory made thousands of millennials crave the stuff. One person even paid $14,700 for an original tub of Szechuan goodness on Ebay in the saucy aftermath.

While McDonald’s twiddles its thumbs on this grade A marketing tie-in opportunity, the genius behind pop-culture-inspired cooking webseries Binging With Babish, Andrew Rea, is taking matters into his own hands.

Since few folks remember this limited-edition sauce, it’s hard to make a perfect replica, so our host walks viewers through Szechuan sauce three ways: a traditional recipe, a Reddit submission, and a simple McDonald’s hack you can do in about four seconds.