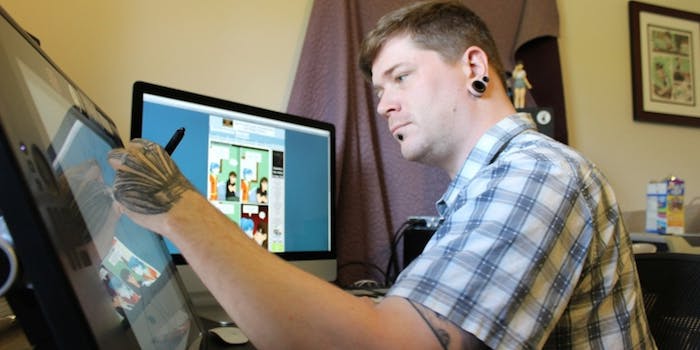 Say hello to a new wecomic this fall.

Thanks to a successful Patreon campaign, we’re about to see a lot more from webcomic creator Jeph Jacques. Jacques is well-known for his popular online comic Questionable Content, which he started in 2003. He is one of the few creators able to completely support himself from his comic, but he launched a crowdfunding campaign this week looking for help to fund projects he’s been interested in pursuing alongside his regularly updated webcomic.

In just four days, he has gained more than 1,500 patrons. As of Thursday, Jacques is set to earn about $5,304.51 per month from his patrons, which is beyond the stretch goals initially set by his campaign.

“The QC Patreon is going amazingly well so far! Thanks so much to everyone who has contributed!”Jacques wrote on Questionable Content.

Jacques isn’t the only webcomic creator turning to Patreon for additional support. After just a year, the young crowdfunding site is already considered an extremely helpful tool for independent creators seeking longer-term crowdfunding than a one-off project.