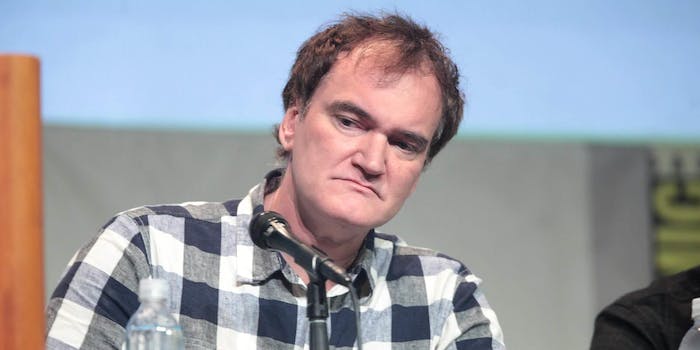 He may be 'steering away' from the franchise.

Two years after the surprising revelation that Quentin Tarantino (of all people!) would develop and direct a Star Trek movie, it looks like this film may not actually happen.

Tarantino pitched a Star Trek movie to Paramount back in 2017; an unexpected choice because he’s not exactly known for family-friendly franchise entertainment. Or for hopeful, optimistic storytelling, which is one of Star Trek‘s central themes. The legendary writer/director was expected to develop an edgier, more adult-rated new movie to revamp the franchise, but in a new interview with Consequence of Sound, he said he was “steering away” from Star Trek.

Tarantino has said for a while that he planned to make 10 movies in his career, and Once Upon a Time in Hollywood was his tenth. In the same interview, he said, “In a strange way, it seems like this movie, Hollywood, would be my last. So, I’ve kind of taken the pressure off myself to make that last big voilà kind of statement,” adding that he has “no idea” what his next film would be. Tarantino is only 56 years old, and it’s kind of hard to imagine him retiring.

Until recently he spoke about his Star Trek movie in relatively certain terms, but on Monday he told Deadline,”I might be steering away from it, but we’ll see… I haven’t completely decided, or talked to anyone involved. Nothing is official.”

The Star Trek franchise is in a different position now than it was in 2017. Paramount originally planned to make a fourth Chris Pine Star Trek movie directed by S.J. Clarkson (who would’ve been the first woman to direct a film in the franchise), but that fell through due to contract disputes with the actors. Now a different sequel is on the cards, bringing the old crew back with Legion showrunner Noah Hawley onboard to write and direct. This potentially puts less pressure on the studio to make things work with Tarantino because it already has another Trek movie in place.

Meanwhile, over at CBS, the TV franchise is still going strong with another season of Discovery on the way, along with the hotly anticipated Picard series next month, and a string of spinoffs in the works.

H/T to Consequence of Sound