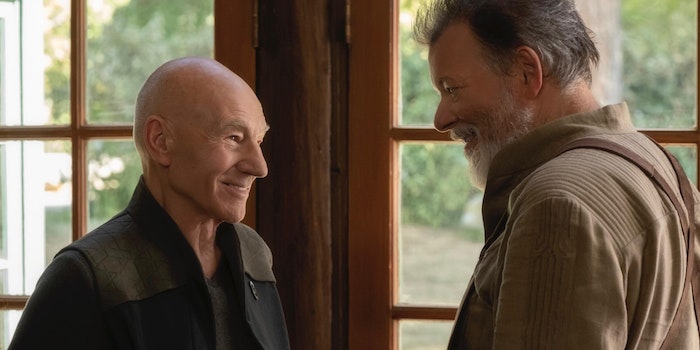 CBS All Access dropped the new trailer and release date at NYCC.

The trailer, which Patrick Stewart made sure to show the crowd twice—just as he did at San Diego Comic-Con back in July—starts to shape the series and what will finally take Jean-Luc Picard away from his vineyard as well of more of Data and Star Trek: Voyager’s Seven of Nine than ever before.

But the biggest reveal is easily the arrival of Star Trek: The Next Generation’s Will Riker, who is also far from Starfleet and won’t entertain visitors until he learns just who came to visit him.

Although there are several characters reprising their roles, the producers told the audience at the panel that Stewart was adamant that Picard will not just be a Next Generation reunion show. Every character who is returning has a specific story to tell—and fans who haven’t watched Next Generation will be able to jump in without getting confused.