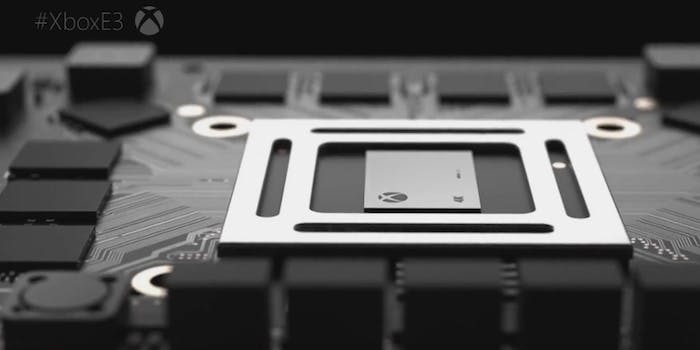 Microsoft's most powerful project will be fully compatible with the Xbox One and the S.

The current console cycle is over. Long live the ninth console generation that begins with Microsoft’s latest game console, Project Scorpio, to hit shelves during the 2017 holiday season.

At its Xbox E3 2016 press briefing on Monday, Microsoft confirmed the development of Project Scorpio, a new game console that will deliver six teraflops of computing power. A teraflop is a measurement of how many operations a computer is capable of processing per second. The Xbox One offers 1.3 teraflops of power.

With Project Scorpio, we’re talking about a console that is almost five times as powerful as the Xbox One.

Xbox boss Phil Spencer closed the Xbox E3 2016 press briefing with the Project Scorpio reveal, and stressed that the Xbox One, Xbox One S, and Project Scorpio will all be part of the same ecosystem.

The Project Scorpio reveal also included numerous references to support for VR. If there’s anything that the release of the Oculus Rift and HTC Vive have taught us, it’s that the system requires hardware of a clearly superior class to the specs of a mid-grade gaming PC build.

Four years is more in line with how long consoles generations have lasted traditionally. The long lifespans of the PlayStation 3 and Xbox 360 truly were aberrations in the grand scheme of things.