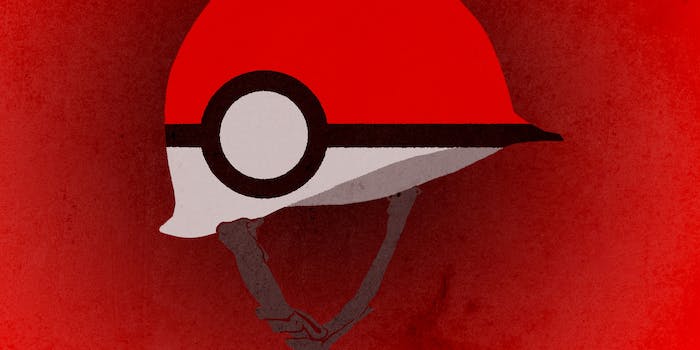 On the frontline of the war against the Islamic State in Mosul, Iraq, it’s 101 degrees today. Somehow, Squirtle still looks well-hydrated.

The photo of Squirtle standing downsight of an automatic weapon perfectly illustrates just how ubiquitous these little pocket monsters have become. 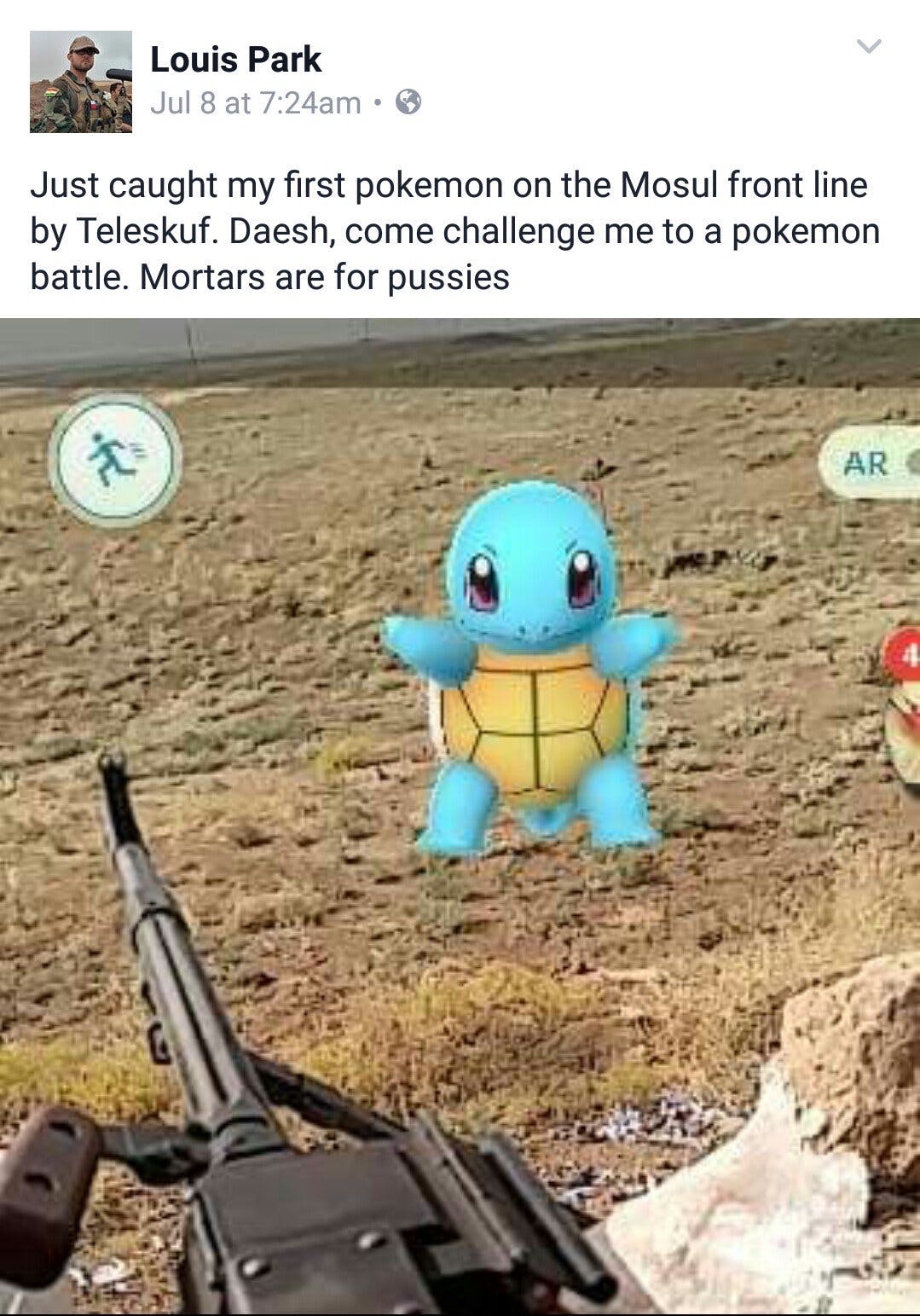 If the jihadists of the Islamic State start battling Pokemon against their enemies, there’s yet another layer of the war to look out for: Anyone playing Pokemon GO in Iraq is doing so on an unofficial version, which hackers are now using to attack and take over smartphones.