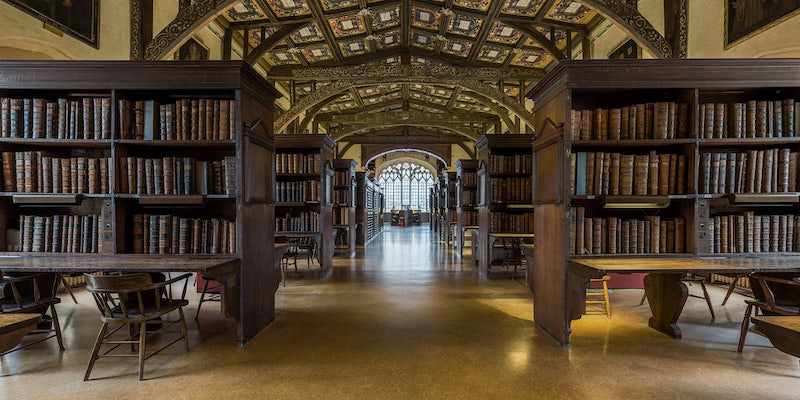 Fans have been waiting 17 years for this.

Philip Pullman has finally announced a release date for The Book of Dust, an epic companion to the beloved His Dark Materials trilogy.

The Book of Dust will be published in three volumes, with book 1 arriving on Oct. 19. Lyra Belacqua will return for the first two volumes, which Pullman describes as an “equal” story to His Dark Materials, rather than being a sequel or prequel. The new books will span a period from 10 years before The Golden Compass (AKA Northern Lights) to 10 years after The Amber Spyglass, at which point Lyra will be in her 20s.

According to Pullman’s publisher David Fickling, Pullman put a great deal of research into the new books, which were inspired by the author’s desire to explore the concept of “Dust.” In His Dark Materials, Dust represents a kind of life force which shares some similarities with dark matter. The Book of Dust will continue the philosophical themes of the previous trilogy, which introduced a world ruled by an authoritarian religious order, and later went on to explore parallel universes and the afterlife.

Pullman first revealed his plans for The Book Of Dust in the early 2000s, shortly after the release of the The Amber Spyglass. Since then, he has published two short companion books, Lyra’s Oxford and Once Upon a Time in the North, while The Book of Dust attained an almost mythological status among His Dark Materials fans. As with George R. R. Martin‘s The Winds of Winter, some fans assumed the book would never be finished, but the rumors resurfaced last year when Pullman gave an interview saying he was “moving towards the place where I think the end will be.”

He also said he wouldn’t cut his hair until The Book of Dust was finished, so we hope he makes good on his promise to donate his ponytail to the Bodleian Library in Oxford. So far, the first two volumes are complete, and Pullman is hard at work on the final volume.