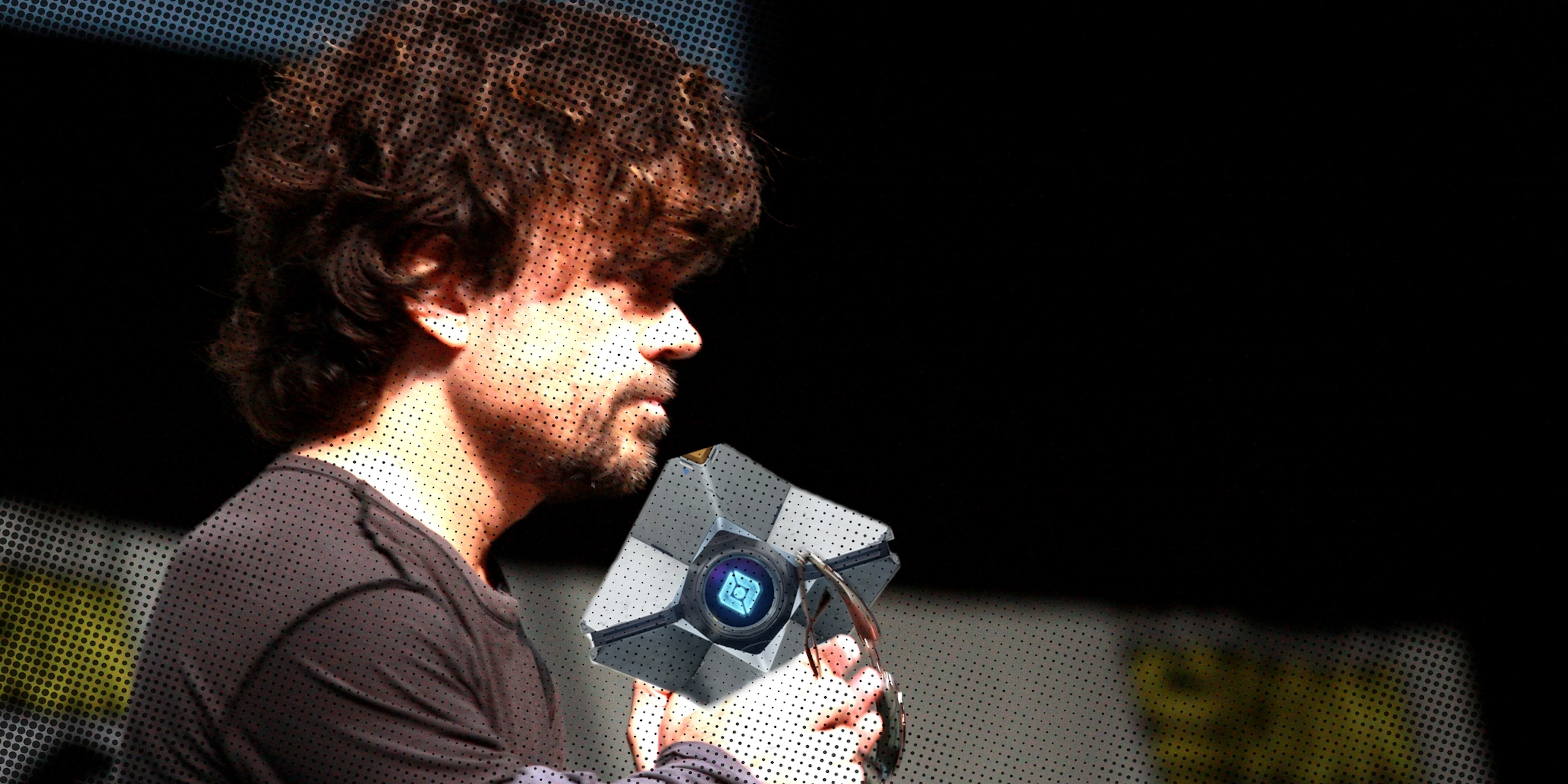 Peter Dinklage being replaced as Ghost in Destiny

GameInformer on Tuesday revealed that veteran video game voice actor Nolan North is going to replace Peter Dinklage as Ghost in Destiny and re-record all of Dinklage’s lines, effectively removing Dinklage from the game.

Ghost, the floating AI companion of every Guardian in Destiny has not one line of dialogue in either of the game’s two expansions, The Dark Below and House of Wolves. Maybe that was to provide less work for North, the voice actor whose deep resume of performances includes Nathan Drake in the Uncharted series, who is taking over the role of Ghost for the upcoming major Destiny expansion The Taken King.

Dinklage’s voice work in Destiny was under fire almost immediately after gamers got their hands on an alpha test. “That wizard came from the moon,” a line from Ghost in one of the game’s early missions was so roundly mocked that it became a meme popular enough for developer Bungie to cash in on by selling themed t-shirts.

The line was removed from the final version of the game but the damage was done, and the remainder of Dinklage’s performance as Ghost was subjected to intense scrutiny.

Maybe Dinklage was given poor voice direction. Maybe the dialogue was written very quickly after the departure of Joseph Staten, former lead writer at Bungie, a year before Destiny was released. Maybe Dinklage just phoned it in. For whatever reason, Dinklage struggled with the gig.

His performance is so uneven in fact that it’s no surprise Bungie decided to recast the role entirely. North had to re-record Dinklage’s old dialogue in order to provide for a smooth Destiny experience between Year One and upcoming Year Two content, and North told GameInformer that he chose not to listen to Dinklage’s takes.

“They really wanted me to put my stamp on it,” North says. “They let me bring what I wanted to the role. You have to give it your own spin. For that reason, I specifically said I didn’t want to hear anything that someone else had done, so that I didn’t have some preconceived notion of what it has to be. Instead, I just gave it my stamp, and let them direct me accordingly.”

Bungie also told GameInformer that Ghost is going to have a much larger role in The Taken King than he previously had in Destiny, and that Ghost will play into a new system by which Destiny players can learn about the game’s lore.