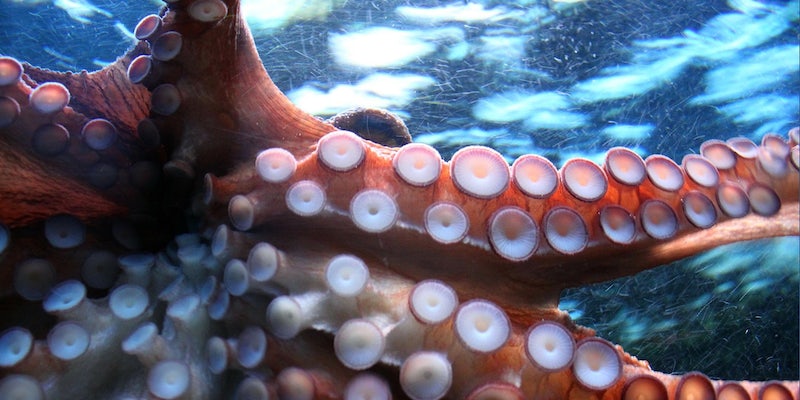 The octopus has the weirdest DNA map scientists have ever seen

People have been comparing the octopus to an alien life form for years—most notably mollusk expert Martin Wells, grandson of H.G. Wells, who ate his subjects after he experimented on them.

Wells anecdotally referred to octopuses as “the only alien intelligence that humans have encountered.” But try as he might, Wells—who devoted his life to the study of cephalopods—could not tap the origins of the creature’s intelligence.

Now, a new breakthrough in octopus genome mapping has revealed that the strange creatures have more secrets than we ever realized.

Octopuses are flat-out weird. They have humongous brains, three hearts, eight arms full of tactile nerve endings, tastebuds, and neurons that allow the arms to “think” independently. They squirt toxic ink at you and can change colors rapidly to camouflage themselves. They’re basically underwater Houdinis. But the new genome map, the first ever taken of a cephalopod, reveals that octopuses are weirder than any of us ever realized. 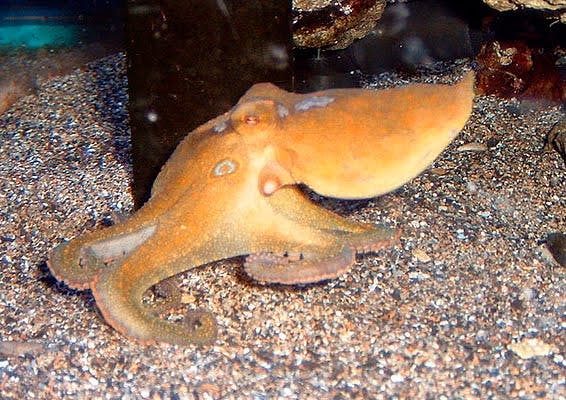 For starters, the DNA of an octopus contains nearly 10,000 more gene codes than that of a human. Various clusters of these gene codes perform different tasks—and octopus genes are specially equipped to do very versatile things. For instance, six different octopus gene codes combine to produce an octopus’s ability to rapidly camouflage itself. Another gene type, protocadherin, allows the development of neurons and neural transmissions.

Most mammals, including humans, only have 70 or so protocadherins. The octopus has 168. And the octopus has one of the largest gene families devoted to development of any animal we’ve mapped so far—second only to the elephant.

Perhaps the biggest surprise is that the DNA of an octopus is essentially like a road map where the road signs keep hopping around. The octopus has an extremely large number of “jumping” genes, called transposons, that can easily change their position in a protein chain. Researchers also found evidence in the octopus’s RNA suggesting that they can easily alter their own protein sequences. In the researchers’ press release, Caroline Albertin, who co-led the study, stated:

“With a few notable exceptions, the octopus basically has a normal invertebrate genome that’s just been completely rearranged, like it’s been put into a blender and mixed… This leads to genes being placed in new genomic environments with different regulatory elements, and was a completely unexpected finding.”

“Different regulatory elements” could help explain things like why octopuses have such remarkable and unique features compared to other mollusks. Their sophisticated neural system is a neurobiologist’s dream; it has even inspired roboticists as they engineer artificial intelligence. With so many octopus gene groups devoted to neural production, the new genome map should give scientists plenty to think about.

At the very least, we now know that octopuses are much cooler than we ever suspected.