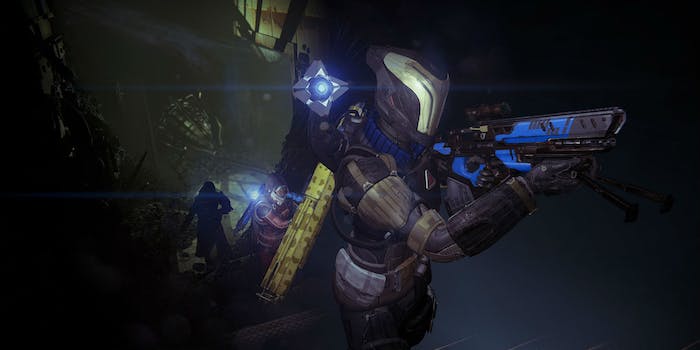 There are no early reviews of Destiny, and that’s great

We're all wading into Destiny together today.

We have never been so pleased to tell you that we don’t have a breaking news story. You’re going to have to wait to hear about Destiny—and you’re welcome.

As you read this, Guardians are pouring from the last city on Earth, from underneath the watchful eyes of humanity’s protector, the Traveler, and battling the Fallen, Hive, Vex, and Cabal aliens on the Earth, and the Moon, and Mars, and Venus.

That is to say millions of gamers across the PlayStation 3, PlayStation 4, Xbox 360, and Xbox One are playing Destiny, which was released today, and which publisher Activision claims is the most pre-ordered new property in video game history.

While some review copies were sent to the press late last week, no one was allowed to play the retail version of the game until Monday. That means nobody had time to write release-day reviews.

Why is that a good thing? Well, readers always deserve to know how the game actually performs—not what it feels like in the equivalent of sterile laboratory conditions. Bungie could have turned on special, isolated game servers specifically for the press in advance of release, but those experiences wouldn’t necessarily reflect the conditions players walked into on Tuesday morning. (Remember the SimCity launch debacle.)

The enthusiast press had only one day to play in this isolated environment before getting into the same conditions in which you will play Destiny. And that’s closer to how it probably should be, when a game has a strong multiplayer component.

Following the tremendous success of the Destiny beta players were likely already decided on whether they wanted to play the game or not. Pre-release reviews, in this case, probably wouldn’t have made a whole lot of difference.

And gaming being such a social experience, logging onto the PlayStation Network or Xbox Live and seeing that most of God’s creation is playing Destiny right now makes a more powerful inducement to buy the game than even a hundred perfect review scores. 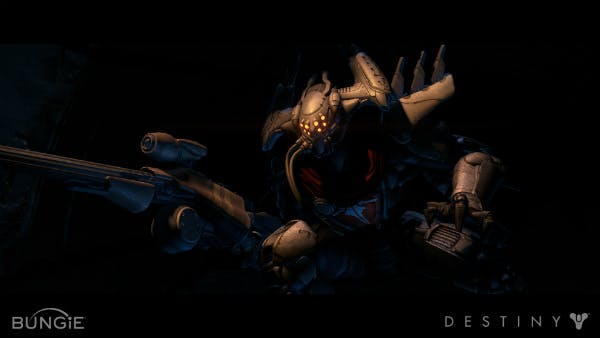 Of course the good vibes depend on everything running smoothly.

On the last Saturday of the beta, Bungie opened up a single mission on the Moon, very briefly, after days of limiting beta testers solely to the battlefields of Earth. More than 850,000 players crowded the servers to partake in that moon mission.

Neither Microsoft’s nor Sony’s online networks buckled. It was a good sign. Four times that number of players could be crowding the servers right now. More than 4.5 million people played the beta in August. There will be a lot of mysterious sick days called in today.

On Tuesday morning, the Xbox One servers were smooth like butter. We’ll give you an update if we hear about server outages. Otherwise, assume that all the work Bungie put into its network architecture has paid off, and that this is not a Battlefield-quality launch.

Following our experience with the beta, it shouldn’t take us long to have impressions to share with you. We need to get our Guardian fire team off Earth and onto the other planets for the first time to see what kind of changes were made to the beta content between then and now. We’ll also spend some time getting demolished in Destiny’s multiplayer component, the Crucible.

Today is a day to celebrate, even if we can’t give you a Destiny rundown just yet. Unless the servers do crash—and we hope they don’t—millions of people are grouping up and gaming right now. This is the essence of the modern video game experience. It’s a welcome respite from the tumult of the past three weeks.

It’s a chance to heal wounds, form ranks, and get our pew-pew on. We’ll give you an update as soon as we have one. And for those who are reading this from the office because you have to wait until you get home from work to jump into the fight, we’ll see you soon, Guardians.

This is gonna be great.