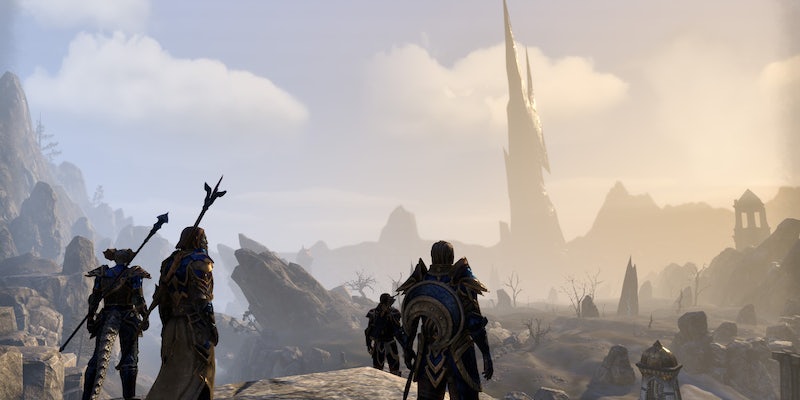 A true pioneer in the MMO genre is long overdue

The staff of the website Massively, an offshoot of the game enthusiast site Joystiq dedicated to covering MMO games like World of Warcraft and EVE Online, decided not to award a Best of 2014 title among its end-of-the-year accolades. While the decision was not unanimous, comments from the writers shed some light on the choice.

“There was every reason to expect something great to come around this year, and all of the candidates fell far short,” Eliot Lefebvre wrote.

“This should have been the best year for MMOs in a decade; it should have made for lively debate over the merits of AAA sandboxes vs themeparks in 2014,” Brianna Royce wrote. “Instead, it was a disappointment to me as a consumer and a critic, and most of us are scrambling to pick something with some sort of silver lining, something slightly less bad than everything else.”

When a gaggle of experts doesn’t think a single MMO released last year deserves a “best of” award, one might wonder if one of the most exciting genres in video games is in real danger of stalling out. Massively multiplayer online games rarely break from the traditional MMORPG mold that World of Warcraft perfected. EVE Online is such a noteworthy game in part for the way it completely breaks from MMO convention.

The vast majority of MMOs like Dungeons and Dragons Online, Lord of the Rings Online, The Old Republic, and The Secret World, however, more or less follow the playbook, as do 2014’s The Elder Scrolls Online and Wildstar—two of the potential choices that came up in Massively’s group discussion.

Shooter games like Planetside 2, Firefall, and Destiny borrow from the genre but aren’t precisely MMOs. Another 2014 game that came up in the Massively debate Elite: Dangerous has more in common with games like Wing Commander than it does with most MMOs.

Of the four contenders considered by Massively, only ArcheAge sounds like it pushed MMO boundaries, but by returning to old styles of MMO versus pioneering a new one.

“ArcheAge gets my nod because it showed that sandbox (or sandpark) MMOs are desperately desired and that a good one will get the reception that it deserves,” Justin Olivetti wrote. “It needs a lot of work, especially from the business angle, but way to shake up the norm and get people genuinely enthusiastic about MMO possibilities.”

Star Wars Galaxies, which is considered by the Massively staff to be the best MMO ever released, was the kind of sandbox game Olivetti is referring to. Galaxies was released in 2003. That’s a long time in video game years for a challenger to go unseated, and a more poignant reason to wonder whether the MMO genre is stalling out.