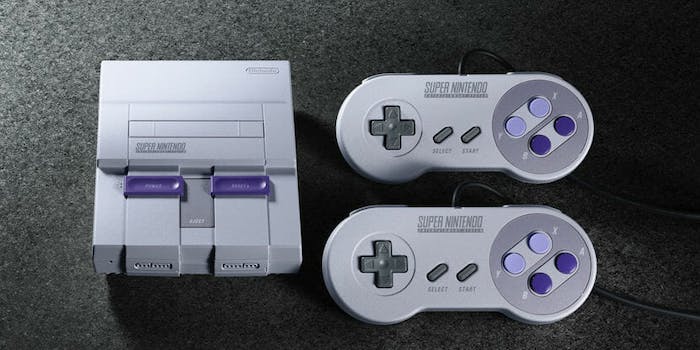 Nintendo’s initial announcement of the SNES Classic last week was met with equal parts anticipation and anxiety. With the sting of the NES Classic Edition still lingering—despite flying off shelves, the mini console was discontinued in April before most casual fans could obtain one—people are already bracing for the worst when the Super Nintendo reboot hits stores on Sept. 29.

A Nintendo representative offered a sliver of hope to those hoping to score the SNES Classic before it hits the third-party resale market. In a comment to the Verge, a representative said Nintendo will produce “significantly more” SNES consoles than it did the NES Classic Edition.

Don’t get your hopes up, though. The company isn’t committed to producing the unit long term.

“At this time, we have nothing to announce regarding any possible shipments beyond this year,” the statement to the Verge continued.

Nintendo obviously has a busy production slate right now. The Nintendo Switch has proven an immediate hit, and as Reggie Fils-Aimé, president and chief operating officer of Nintendo of America, noted in a recent interview with Time, the company still needs to serve the needs of the “ 63 million owners of Nintendo 3DS family systems.”

The mini SNES Classic has a suggested retail price of $79.99, and it comes pre-loaded with 21 iconic games, including The Legend of Zelda: A Link to the Past, Super Mario Kart, Donkey Kong Country, and Super Punch Out!!