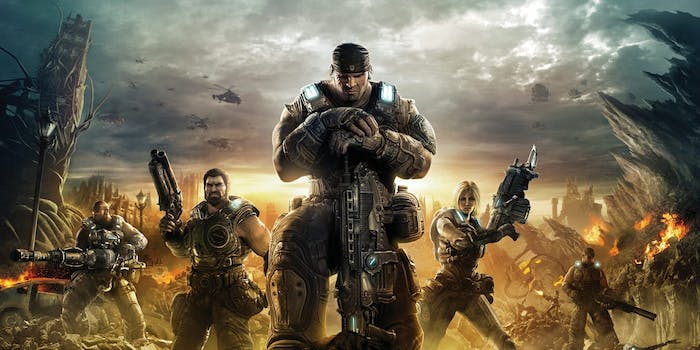 The rolling release will gradually be available for all Xbox One owners effective Thursday.

The update gamers have spent years clamoring for is here at last: Starting today, you can finally play Xbox 360 games on your Xbox One console.

Microsoft announced last month the imminent arrival of the New Xbox One Experience, a console update that will significantly alter the Xbox One’s dashboard and home screen navigation. Included in this update is the first batch of Xbox 360 games that will run on the Xbox One.

Starting today, Microsoft will slowly roll out the update for Xbox users. Mike Ybarra, director of program management for Xbox, stated on the Xbox Wire site that you can begin playing backward-compatible games beginning at noon PT, so expect that to be when the rollout starts.

Earlier this week, Microsoft released the names of the 104 inaugural titles on the Xbox One’s backward-compatibility list. Gamers have long complained about the inability to play older Xbox 360 titles on the new Xbox One; the new update finally solves that issue by allowing the Xbox One to emulate the Xbox 360 operating system.

A video published by Microsoft on June 22 explains the details, including the way Achievements will work. Since your old Xbox 360 Achievements are still stored in your Xbox account, you won’t have to go through the hassle (or for some gamers, the fun) of earning them over again whenever you play.

The current list of 104 backward-compatible games is only the first batch of Xbox 360 games that may now be run on the Xbox One. Microsoft will continue adding to the list in the future.

Ybarra discussed the other elements of the New Xbox One Experience via an interview with Xbox Live’s Major Nelson released Wednesday on YouTube.

Major dashboard changes on a Microsoft game console are nothing new. The dashboard on the Xbox 360 is virtually unrecognizable compared to what the dashboard for the console looked like in 2005 when the system was released.

Microsoft also originally designed and marketed the Xbox One as an all-in-one media center, going so far as to shunt gaming to a smaller segment of the initial hardware reveal than players and pundits expected.

Microsoft has since reversed course and focused its efforts on selling Xbox One as a video game console. Including backward-compatibility may be the major selling point for Xbox 360 users who’ve held off on upgrading to the Xbox One.