Dementors are now real—and they're coming to sting your soul.

When researchers at the Museum of Natural History in Berlin discovered a new species of cockroach wasp, it reminded them of something.

The digger wasp is part of the genius Ampulex, and it has a unique way of capturing the cockroaches upon which it preys:

[The cockroach wasp makes] her prey will-less by stinging it right into one of its neural nodes. This allows the wasp to drag her pray in running mode into its nest, just like a zombie.

Yikes. What fictional character do we know that leaves its victims an empty, mindless husk? 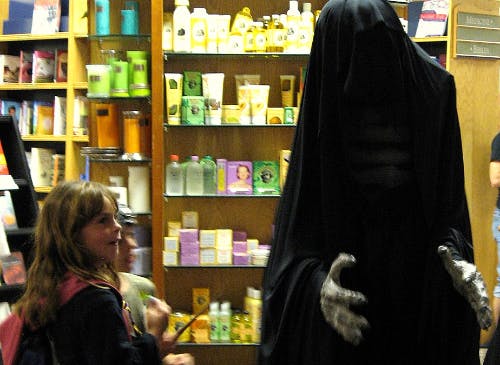 You guessed it—the Dementor, the creepy, ghoul-like monster from Harry Potter that will steal your soul unless you happen to have a strong Patronus handy, and a piece of chocolate to ward off the depressive after-effects of the encounter. 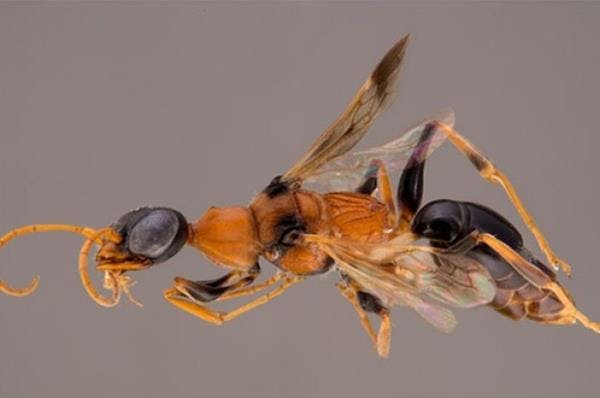 “The Dementor’s fictional behavior and effects reminded us of the effect of the stinging behavior of Ampulex on the behavior of its cockroach prey,” the researchers wrote in their article on how they crowdsourced the name from 300 of the Museum’s attending visitors.

The researchers named the wasp as part of a taxonomy experiment, in which they picked an “attractive” wasp—no, really— from the hundreds of “undescribed” insect species that entomologists apparently just have lying around their natural history museum collections:

“Out of the enormous number of undescribed (but already recognized) species in natural history museum collections, we selected an attractive example of a wasp, which was presented to museum visitors at a special museum event.”

While the wasp comes from Thailand, not Harry’s native Britain, the other proposed suggestions for the wasp’s name  were all pretty boring compared to the clear winning choice of a demonic supernatural soul-draining hooded figure. After all, no matter how attractive the wasp might be, no one’s really going to pay attention to Ambulex Plagiator, suggested because of the wasp’s ability to mimic, or plagiarize ants.

Apart from children’s literature, and a wasp that finally knows what its name is after thousands of millennia of doubt and confusion, the other clear winner in the experiment is the science-interested public:

“In this example, public voting on a scientific name has been shown to be an appropriate way to link museum visitors emotionally to biodiversity and its discovery.”

It’s totally true. Now every time we see a wasp we’ll be wondering: Is it a regular wasp or a Harry Potter wasp?

There’s only one way to find out. BRB, getting my wand.