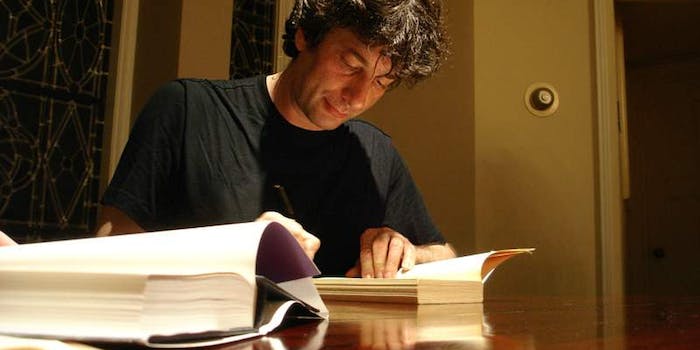 The film that's been in the works for at least five years has a production start date.

The film adaptation of Neil Gaiman’s short story How to Talk to Girls at Parties is officially a go after A24 picked up the U.S. rights to the film.

The film has been in the works for years; John Cameron Mitchell, who will direct, has been attached since 2010. Gaiman will be involved as an executive producer with Elle Fanning (Zan), Nicole Kidman, and Alex Sharp set to star.

Production is set to start in November.

“A24 is the best US indie film distributor for a film like ours,” Mitchell told The Hollywood Reporter. “They combine today’s market strategies with the daring taste that flourished in the ’90s and ’00s. We’re so fortunate to be partnered with them for a genre-busting and hopefully crowd-pleasing creative endeavor.”

The 2006 story, which won a Locus Award and was nominated for the Hugo Award, follows a Enn, a shy teen, as he and his friends sneak into a party during late ‘70s London. They meet a group of a girls, and he falls for Zan. The main drawback? The girls happen to be aliens, and naturally conflict ensues.

How to Talk to Girls at Parties will be released some time in 2016. For now, you can read it on Gaiman’s website.