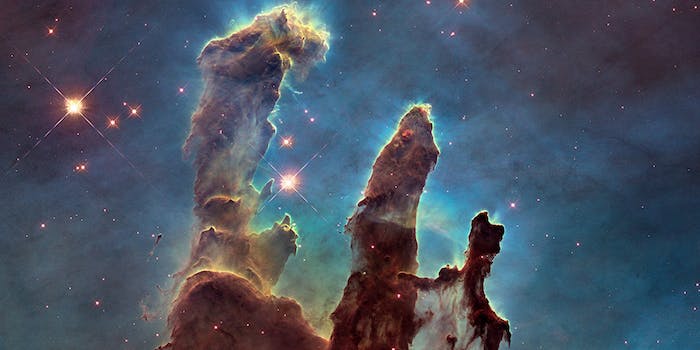 NASA’s beautiful new image of the Pillars of Creation

In honor of the telescope's 25th anniversary, the Hubble Telescope recaptures the stunning photo.

You may not be familiar with its name, but you’ve probably seen the famous image showing the “Pillars of Creation” before. Captured in 1995, the photo is one of the most well-known images taken by NASA’s Hubble Space Telescope. Hubble will be celebrating its 25th anniversary in April and to kick off the celebration NASA decided to have the telescope return to the pillars. Now the new image it has captured is rivaling the beauty of the first.

According to NASA this new photo offers a sharper, wider view of the pillars. The original image “revealed never-before-seen details of three giant columns of cold gas bathed in the scorching ultraviolet light from a cluster of young, massive stars in a small region of the Eagle Nebula, or M16.” The sight earned the columns the title “Pillars of Creation,” but NASA said “the new image hints that they are also pillars of destruction.” 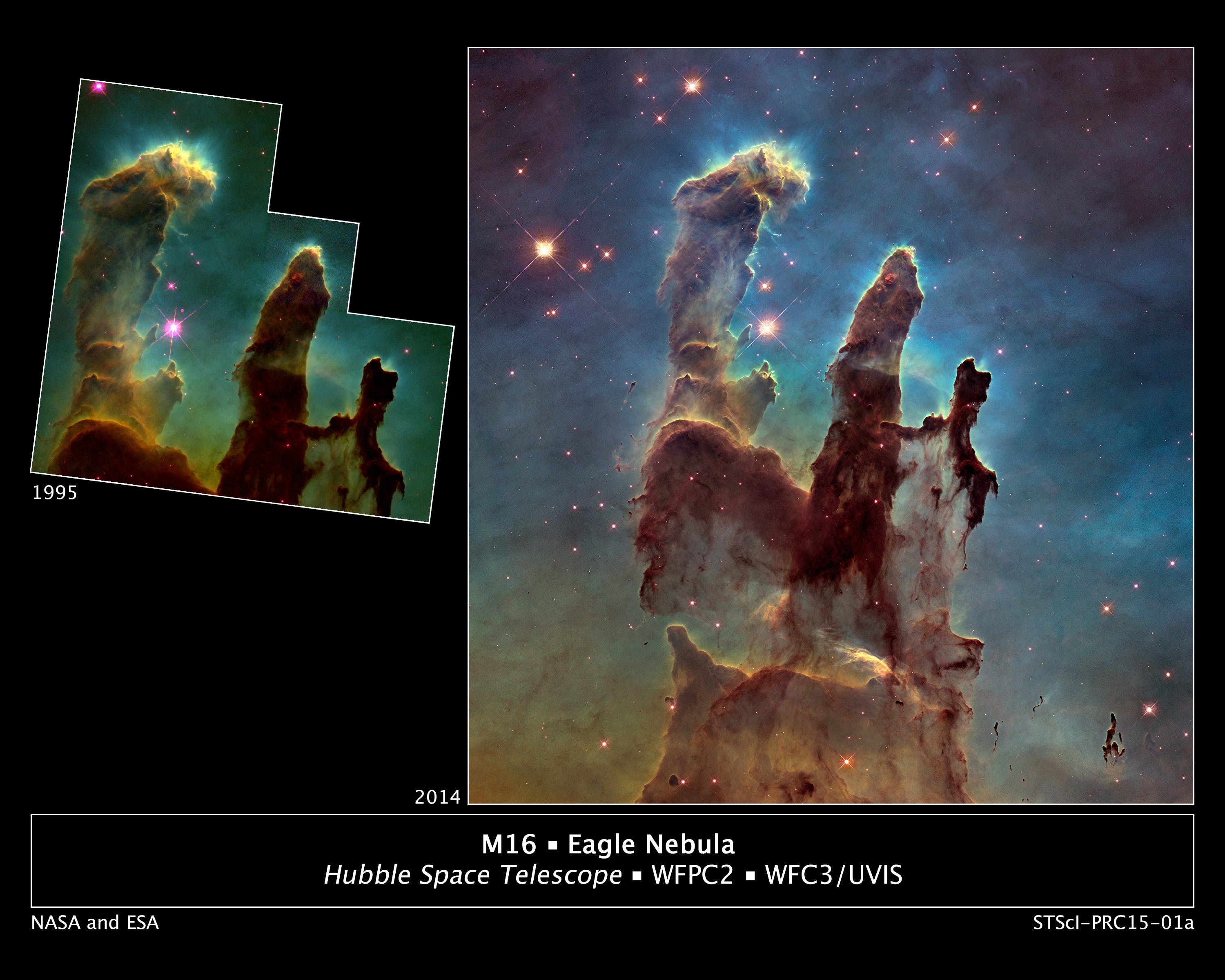 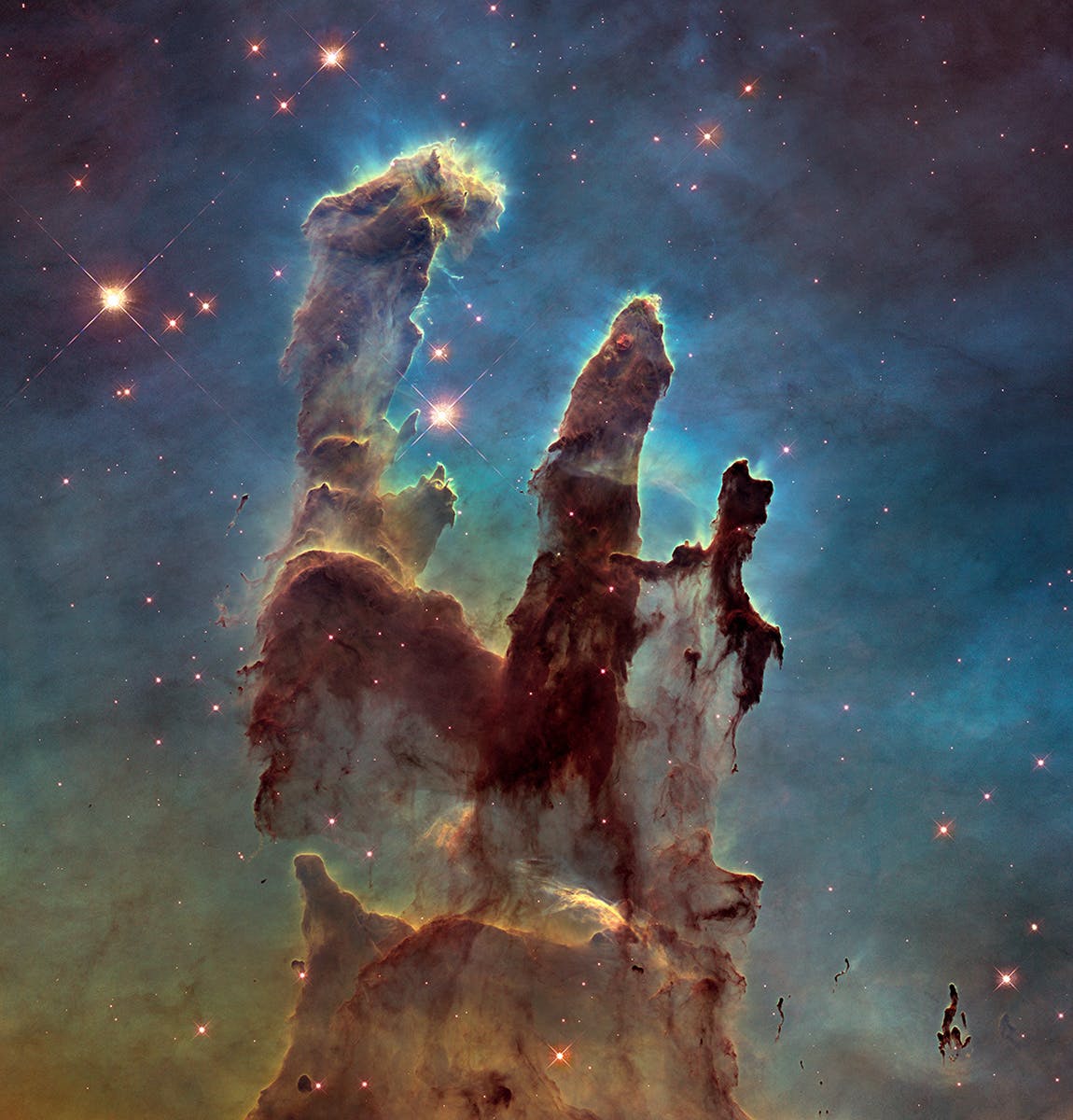 “I’m impressed by how transitory these structures are. They are actively being ablated away before our very eyes. The ghostly bluish haze around the dense edges of the pillars is material getting heated up and evaporating away into space. We have caught these pillars at a very unique and short-lived moment in their evolution,” Paul Scowen of Arizona State University in Tempe said in a statement.

The pillars were captured not just in visible light, but in near infrared light as well. This photo shows “that the very ends of the pillars are dense knots of dust and gas. They shadow the gas below them, keeping the gas cool and creating the long, column-like structures. The material in between the pillars has long since been evaporated away by the ionizing radiation from the central star cluster located above the pillars.”

“These pillars represent a very dynamic, active process. The gas is not being passively heated up and gently wafting away into space,” Scowen said. “The gaseous pillars are actually getting ionized, a process by which electrons are stripped off of atoms, and heated up by radiation from the massive stars. And then they are being eroded by the stars’ strong winds and barrage of charged particles, which are literally sandblasting away the tops of these pillars.” 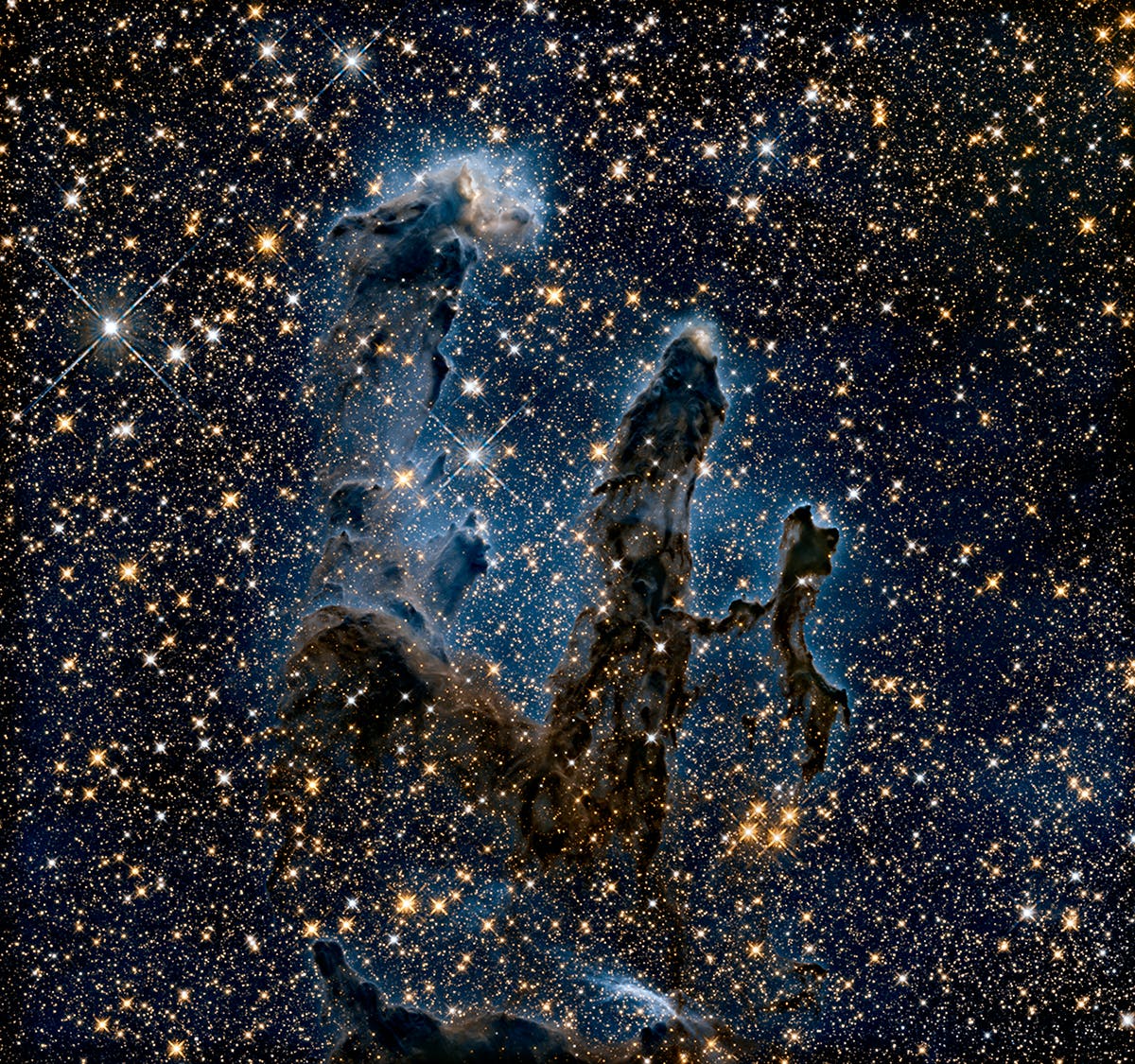 Learn more about the pillars on NASA’s website and see more images at HubbleSite.org.