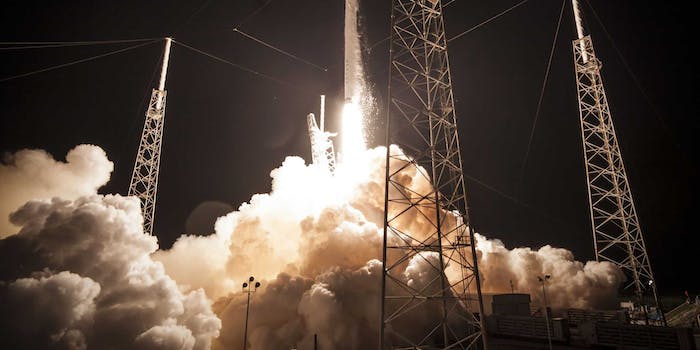 For more than three years, the U.S. has been without its own manned space program.

Since the retirement of the space shuttle in 2011 following cuts, NASA has been relying on Soyuz spacecraft rented from the Russian Federal Space Agency. In the interim, a bevy of private companies have been making strides in space technology, looking forward to the eventual return of NASA’s manned space mission. And now, that time has finally come.

NASA announced Tuesday afternoon that it was contracting with Boeing and SpaceX for future transport of astronauts to the International Space Station.

“It was not an easy choice, but it is the best choice for NASA and the nation,” NASA administrator Charles Bolden said in a statement. “We received numerous proposals from companies throughout the aerospace industry. Highly qualified, American companies—united in their desire to return human spaceflight launches to U.S. soil—competed to serve this nation and end our reliance on Russia.

The new program will start in 2017. Boeing was awarded a $4.2 billion deal for its CST-100 spacecraft, while SpaceX got $2.6 billion for its Dragon. Both spacecraft will launch from Kennedy Space Center at Cape Canaveral. The new vehicles will allow the population on the space station to increase from six to seven, promising the possibility of expanded experiments for the scientists in orbit above the Earth.

The program could also mean good things for those looking beyond Earth’s orbit.

“Turning over low-Earth orbit transportation to private industry also will allow NASA to focus on an even more ambitious mission—sending humans to Mars,” Bolden said.

SpaceX has been a large upcoming player in the spacecraft sector, with a commercial hub promised in Texas. The company is in a legal battle with the U.S. Air Force over accusations the Air Force is restricting open competition on bidding for their projects.